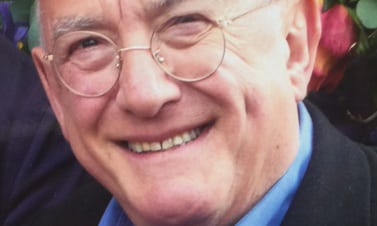 The solicitor Michael Seifert, who has died aged 74, and his firm Seifert Sedley, worked to help Britain’s miners and their leaders through what Arthur Scargill, former president of the National Union of Mineworkers (NUM), described as “our most difficult period in the past century”.

“The working class have lost a true warrior and I have lost a true friend,” was Scargill’s response to Michael’s death. From the outset of the miners’ strike in 1984, Michael committed himself and his firm to their cause. First to need help were the miners on strike in Nottinghamshire. The local NUM branch opposed the strike and withheld resources. Seifert Sedley lawyers were dispatched to Ollerton Miners’ welfare centre to provide regular free legal advice sessions and to Nottinghamshire magistrates courts to represent the increasing numbers of striking miners who were being arrested. The Haldane Society of Socialist Lawyers was galvanised to develop this support.

Margaret Thatcher used “every means” against the miners, said Scargill. These included the flooding of the NUM with writs from well-funded opponents: writs claiming that picketing amounted to unlawful harassment; writs claiming the national strike was not official; and writs seeking sequestration of the union funds and putting it into receivership. Michael went to the limit to protect the NUM. But Thatcher got what she wanted.

Nevertheless, the miners managed to strike for nearly a year, during which time Seifert Sedley provided thousands of pounds’ worth of legal assistance, without expecting payment. The following year, Michael represented striking printers during the Wapping dispute with similar vigour. A committed communist, Michael was a significant figure of the left throughout the last half century. It was his involvement with progressive causes as much as his incisive legal mind that made the advice he gave wise, unstinting and trusted.

Money was not an issue, if clients did not have it. Michael did not advertise nor appear in the media. He did not seek and was not given any legal establishment awards. However he was given honours that delighted him: he was made an honorary member of the NUM in 1985; invited by the ANC to attend the inauguration of Nelson Mandela in South Africa in 1994; and made vice-president of the Haldane Society of Socialist Lawyers in 2006.

Michael advised trade unions and their general secretaries including Rodney Bickerstaffe, Ken Gill, Ken Cameron and Alan Sapper, and the GLC leader Ken Livingstone. He was proud to do so: but for Michael the struggles of individual workers or activists required the same support. Michael was often no mere legal adviser but his client’s friend. In 1972, he represented Anna Mendelssohn of the Angry Brigade, who was charged with causing explosions in protest against the Industrial Relations bill. He arranged for her to live with him at his parents’ house in order to secure her bail.

Michael gave ANC leaders strategic legal advice during their years in exile. He also sued the South African government for conspiracy to kidnap the ANC representative in London. Michael advised the Anti-Apartheid Movement as well, at times securing its very survival. For decades, he shouldered for the Morning Star newspaper the stress of the legal challenges it faced, and the Marx Memorial Library also relied on his advice.

The Cuba Solidarity Campaign depended on his politically sophisticated assessments of what legal issues to avoid and what to pursue – and relied on his skill and vast network to persuade specialist lawyers to take up cases at reduced rates. From 2003 Michael also chaired the Music Fund for Cuba, which provides instruments to young Cuban musicians.

Michael’s expertise was widely sought-after. The Socialist Workers party and its predecessor referred cases to Seifert Sedley because they trusted Michael. He was on the board of Friends of the Earth (1990-2006), legal adviser to Greenpeace (from 1990) and a director of North Kensington law centre (2001-14). He had loyal commercial clients.

Born in London, Michael was the son of Connie (nee Shine), a teacher, and Sigmund Seifert, a lawyer, who were both communists. As the eldest child, Michael sought to lead his three siblings, generally into trouble. The family home was vibrant and full of visiting political personalities, such as Paul Robeson and Angela Davis.

From Highgate school, in 1960 Michael gained an open exhibition in history to St John’s College, Oxford. He trained to be a solicitor with Lord (Arnold) Goodman. Michael then joined the family firm, Seifert Sedley, founded by his uncle Bill Sedley. When it closed in 1991 he worked as a sole practitioner at the offices of Simons Muirhead & Burton.

Michael was warm, gregarious, funny and very opinionated. Seifert Sedley’s office was lively and full – sometimes with the children of staff or clients. This did not always go well: the daughter of one client was startled when Michael asked her whether she enjoyed having her milk snatched by Thatcher. His legacy includes a cadre of lawyers trained by him to be astute to the politics of law, and to respect their clients and their causes. These lawyers, just like his clients, frequently went back to him for advice – which he often gave over lunches he insisted on paying for.

He was passionate about football, cricket, art, opera, history and poetry, and had an extraordinarily wide social circle. He walked – often in plimsolls, and smoking – with the Red Ramblers group. He attended Haldane and Marx Memorial meetings into his 70s, debating energetically and encouraging young people to do so.

For many years Michael lived in a modest flat in Notting Hill, west London, where he held annual carnival parties. Then, from 1993, he lived with his partner, Caroline Conran, relishing family life with her. He was a generous host – to eat, drink and talk was his joy.

He is survived by Caroline, and by his sister, Susan, and brother, Roger.