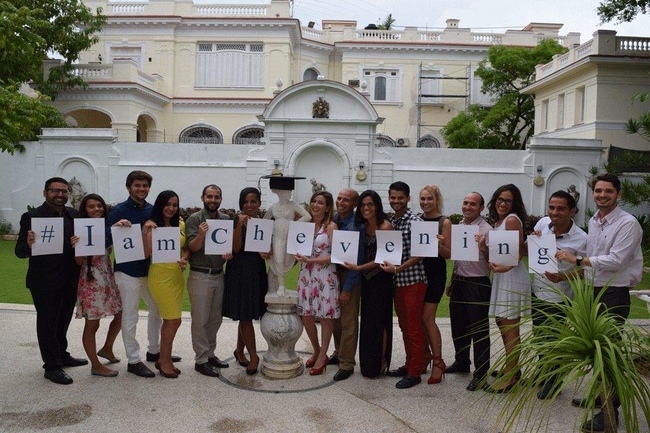 This week the British Embassy in Havana announced that 16 young Cubans have received Chevening scholarship certificates, enabling them to study Masters courses at British universities, from Antony Stokes, the British Ambassador in Havana.

“The group will soon depart from the island to study a one-year Masters course in their area of expertise in prestigious British universities”, the British Embassy reported.

The UK government’s policy of supporting Cubans at British universities stands in contrast to the Open University’s ban of Cuban students from their institution. The OU has cited US blockade legislation as their justification for banning Cuban students. You can take action in the campaign to end the ban here.