Morning Star: Castro ‘Alive Forever’ In Fight For Another World 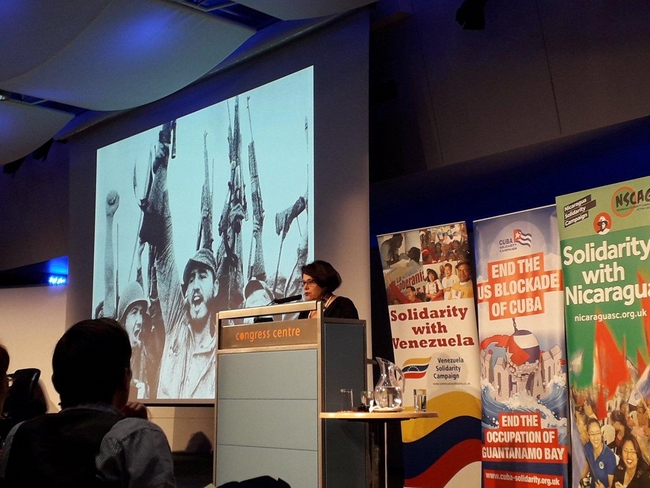 A year on from the death of “El Comandante,” Cuba’s ambassador to Britain Teresita Vicente Sotolongo denounced “rapacious wars for the conquest of the strategic resources of the planet, leading to grotesque inequalities that have taken us to the brink.”

This competition for dominance and control was a “vicious circle that Cuba decided to break 59 years ago” under Fidel’s leadership, she said.

“He will be alive forever. Another world is possible,” she declared.

Journalist Victoria Brittain saluted Fidel’s “unprecedented and legendary internationalism,” pointing to Cuba’s support for liberation movements in Africa and work to heal the sick and give sight to the blind across the world through Operation Miracle.

Former MP George Galloway warned the “gold-toothed pirates of the Caribbean in Miami” that they would never succeed in getting their hands on Cuba again to turn it into the “casino and bordello” that Castro swept away.