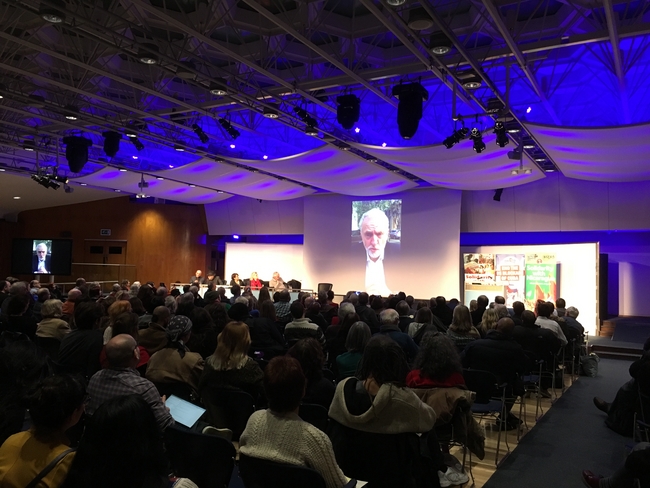 “I’m really sorry that I can’t be with you, I am in Portugal meeting fellow socialists, discussing an anti-austerity agenda across Europe”, he said, to huge applause at the conference at TUC’s Congress House.

“I want to congratulate everyone who has organised the Latin America Conference for their solidarity and their work for justice, democracy, peace and human rights all across the continent.

“The anti-austerity movement has been strongest, earliest in Latin America as neo-liberal economists tried to impose dreadful economic policies across many parts of Latin America.

“There are issues to be addressed in every part of the continent; issues of jobs, issues of environmental sustainability, and issues of justice and human rights.

“Today is an opportunity for all of us to learn from others… with international solidarity we help each other solve problems, help each other live in a more peaceful, more just and more democratic world.