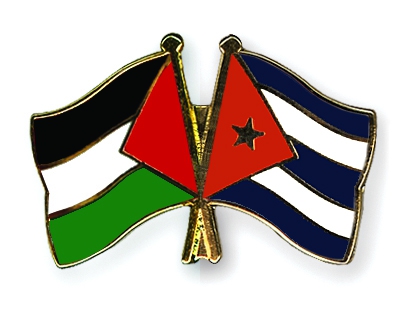 The Ministry of Foreign Affairs of the Republic of Cuba expresses its deepest concern and rejection for the unilateral declaration by the President of the United States of the city of Jerusalem as the capital of Israel, which constitutes a serious and flagrant violation of the Charter of the UN, of International Law and of the relevant resolutions of the United Nations.

This intention of the United States Government to modify the historic status of Jerusalem violates the legitimate interests of the Palestinian people and the Arab and Islamic nations, will have serious consequences for stability and security in the Middle East, will further increase tensions in this region and will impede any effort aimed at resuming peace talks between Israelis and Palestinians.

Cuba calls on the Security Council to fulfill the responsibility given to it by the UN Charter in the maintenance of international peace and security, to adopt the necessary decisions and to demand from Israel an immediate end to the occupation of the Palestinian territories and of aggressive policies and colonizing practices, as well as compliance with the resolutions adopted by that body on the situation in the Middle East, including the Palestinian question.

The Ministry of Foreign Affairs ratifies that Cuba will continue to support a comprehensive, just and lasting solution to the Israeli-Palestinian conflict, based on a two-State solution that allows the Palestinians the right to self-determination and to have a State independent and sovereign, with its capital in East Jerusalem and the pre-1967 borders.