Cuba willing to continue working to improve relations with U.S. 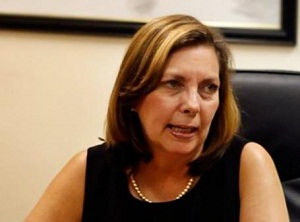 Director General for the United States at the Cuban Foreign Ministry, Josefina Vidal, offered the closing remarks at the Workshop on Cuba-U.S. Relations of the Centre for International Policy Research (CIPI), held at the Higher Institute of International Relations (ISRI), on December 15. Among the characteristic elements of relations over the last year she highlighted:

- During the current year, a significant setback in relations between Cuba and the United States has occurred.

- The announcements of June 16 in Miami made clear that U.S. government policy henceforth would not be to normalize bilateral ties, but rather to return to the old failed policy of intensifying the blockade and subversion against Cuba.

- The state of bilateral relations worsened significantly, based on U.S. decisions to substantially reduce the personnel at its embassy in Havana and to unilaterally, unfoundedly and arbitrary expel 17 officials of the Embassy of Cuba in Washington, under the pretext of alleged incidents that affected the health of some of its diplomats and their family members.

- The decisions of the U.S. government have negatively impacted the functioning of the Embassy of Cuba in Washington.

- The suspension of the granting of visas at the U.S. consulate, unprecedented since the opening of an office in Havana in 1977, has paralysed the processing of the applications of Cuban citizens wishing to emigrate to or visit the United States.

- The first adverse effects are already being felt with the postponement of technical and cooperation meetings in various sectors. Many Cubans have been unable to attend cultural, sporting, scientific and academic events in the United States.

- However, the Cuban government has repeatedly reiterated its willingess to continue the respectful dialogue and cooperation with the U.S. government on matters of mutual interest, as well as the negotiation of pending bilateral issues, without impositions or preconditions.

- Cuba has taken concrete steps to maintain a civilised and mutually beneficial relationship with the United States, but it awaits the response of U.S. authorities.

- The interest and persistence of Cuban and U.S. companies have made it possible to bring to fruition some new businesses in priority sectors, such as transportation, equipment for infrastructure and agriculture, and tourism.

- Progress is being made in the negotiation of new agreements in other important sectors such as health, energy and biotechnology.

• 22 agreements signed between Cuba and the United States since December 17, 2014.

• 4.305 billion dollars in losses between April 2016 and June 2017 due to the U.S. blockade policy, more than double the annual foreign investment needed to achieve economic development.

• 822.280 billion dollars of accumulated damages due to the blockade over almost six decades, according to the latest Cuban report presented to the UN.