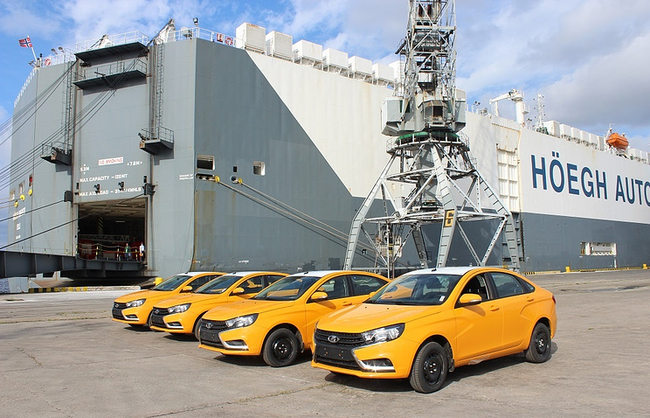 The Ladas will be used by Taxis Cuba, the state-run taxi company

HAVANA: Russian carmaker Avtovaz delivered 344 Lada cars to Cuba, completing the first shipment of Russian cars to the island nation in more than a decade.

A cargo vessel, carrying 320 Lada Vesta and 24 Lada Largus Cross cars, docked at the port of Havana on Friday. All cars will be handed over to the state-run taxi company Taxis Cuba and are painted in bright orange.

"We have carried out an eight-month test run of several Lada cars. They made a good impression, so we were looking forward to this delivery," Taxis Cuba director general Gorge Luis Dias Hernandez has told TASS.

Avtovaz President Nicolas Maure said earlier that the automaker would train Cuban specialists to provide after-sale services. Cuba is a priority market for car exports, Maure said, and Avtovaz hopes to export Ladas in the coming years "with an increase in amounts."

According to the company, the delivery of cars to Cuba is carried out with the assistance of Vnesheconombank, which provided financing, as well as the Russian Export Centre.

The previous batch of Avtovaz cars arrived in Cuba 12 years ago.