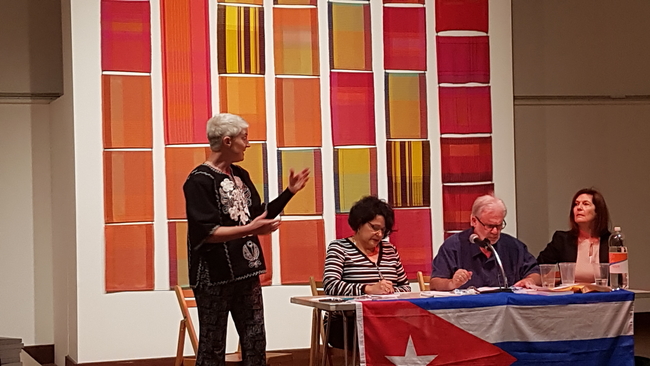 Arnold opened with the statement that the idea that the US and Cuba were close to ‘normalisation of relations’ before Trump was a myth. “We carried out the blockade with the best of intentions but the Castros are still in power” Arnold quoted Obama as saying in December 2014. Trump’s recent pledge of an extra 20 million US dollars for ‘democracy promotion/regime change’ in Cuba is only a fraction of that spent by Obama – in fact 2014-2016 a record amount was spent.

President Trump has returned US policy to one of aggression but the declaration he made in Florida in June 2017 didn’t go quite as far as the right wing Cuban Americans like Marco Rubio would have liked. However with people on his team like John Bolton and Mike Pence, issuing provocative statements on foreign policy there is a strong aim to create division in Latin America.

Meanwhile Cubans have elected a new president Miguel Diaz-Canel, who was previously at the Ministry of Education. August says he was not the unanimous choice for Cuban colleagues but since his election he has been quietly visiting institutions unannounced and now people are remembering how at the Education ministry he used to arrive on his bicycle to visit students and teachers unexpectedly to gauge ideas and find solutions to problems.

Lauren pointed out that the new parliament is now 53% female, 41% black and mixed race and a high % are MPs for the first time. She talked about the electoral and democratic process, how members of local and national government are not paid extra salaries or expenses and keep their day jobs, so they remain part of the community.

In June the new National Assembly is due to discuss proposals for some reforms of the constitution, including greater separation of the Communist Party from the government. Arnold explained that the Cuban way is to try things out – and have had a pilot project for this new model in Artemisa province so the results of the pilot are being discussed and being learning from. He emphasized the aim of developing consensus despite differences. Lauren agreed: “There will be debate and negotiation but the people will feel they run it” she said.

Teresita also quoted Obama: “You should forget about history – look to the future” but warned how important it is to learn from history and not forget US continued interference and aggression economically, politically and through the media.

Check out our events page for full details 

This is a Cross Party group meeting on Cuba addressed by Arnold August and it is open to the public but to attend you need to let Parliament know in advance either by calling them or contact SCSC to let them know 0141 221 2359 scottishcuba@yahoo.co.uk 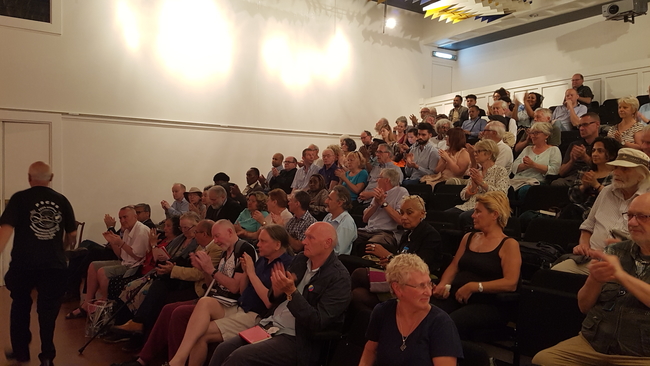