US Uses Facebook to Spread Fake News About Cuba 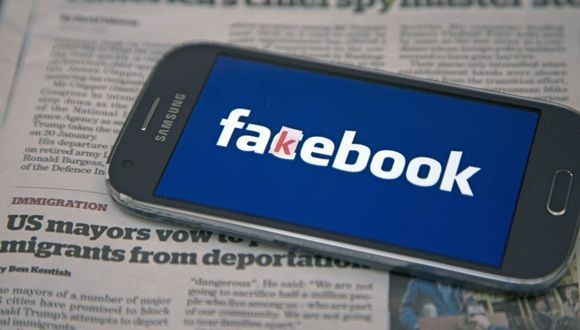 While the United States is making a scandal about the supposed Russian intervention in social networks to influence the 2016 elections won by Donald Trump, today evidence has been uncovered that the U.S. government is using Facebook to spread fake news about Cuba and clandestinely foment dissidence on the island.

The Florida weekly Miami New Times revealed Wednesday that it has had access to documents from the government’s Office of Broadcasting to Cuba (OCB), run by Radio and TV Martí. It reveals that the Trump administration has been using Facebook accounts for two years that appear “native” (from real people on the island) to spread propaganda without informing Cuban Facebook users that it is government advertising.

According to the report obtained by the weekly, due to the failure of Radio and TV Martí,

the OCB’s strategy has focused on an offensive through social networks, based on metrics that place YouTube, Google and Facebook among the most visited sites in Cuba. With the use of AVRA (Audio and Video for Radio) technology, Radio Martí’s programs began to be broadcast through Facebook Live along with TV Marti’s programming. This provides OCB with additional efficient and cost-effective distribution output for both its radio (now visual radio) and TV content.

In fiscal year 2018, OCB has been establishing itself with digital island equipment (read “dissidents” paid for by the US) that creates native and “unbranded” Facebook accounts to disseminate information. Native” pages increase the chances of appearing in the news for Cuban Facebook users. The same strategy will be replicated in other preferred social networks.

Miami New Times says that the documents do not explain what federal agents mean by “unbranded” or “native” Facebook pages, but it is clear that they must resemble the pages of regular social network users to persuade Cubans to read propaganda from Radio and TV Martí.

According to the weekly, both government broadcasters have spent more than $800 million from the U.S. taxpayer over the years in their unsuccessful effort to influence Cuban public opinion.

This plan fits into a long history of attempting to use technology to fit propaganda against Cuba, says University of Pennsylvania professor John S. Nichols.

“There are certainly warning signs here,” says Nichols, co-author of Clandestine Radio Broadcasting: A Study of Revolutionary and Counterrevolutionary Electronic Communication (1987), about OCB’s efforts. “It is the latest plan in a long list of efforts by Radio and TV Martí and their predecessors to try to overcome the laws of physics…. Every time they fail to get their message to Cuba, they say there has to be some technological solution.

Instead, he adds, Congress “seems to fail to recognize that both stations are a colossal failure. It’s sad because they’re spending taxpayers’ money. But what’s really being wasted is our credibility as a great nation doing this kind of thing, dumb and stupid.

Prominent figures from both sides of the U.S. political spectrum, including Republican Senator Jeff Flake of Arizona, have described these OCB programs as counter-productive and a waste of money. Democratic representative Betty McCollum liquidated the AeroMartí platform in 2015 (to transmit to from an airplane to Cuba the broadcasts of Radio and TV Martí) and said that the OCB was an “unnecessary” office.

“Radio and television Martí are old-fashioned Cold War artifacts,” McCollum said in a statement in 2015. “Our taxpayers shouldn’t be funding propaganda broadcasts.”

But the programs continue to exist thanks to a handful of anti-Cuban lawmakers, including Miami representative Mario Diaz-Balart, a longtime promoter of Radio and TV Martí, says the Miami New Times.

Earlier this year, Senator Marco Rubio helped install Tomás Regalado, an old friend, as head of the Radio and TV Martí programs. Since then, Regalado has made great promises about how both stations have new plans to reach “5 million” Cuban citizens in the coming years. Regalado appeared last week on the Spanish-speaking MegaTV network to brag about the use of mysterious new technologies that the Cuban government supposedly cannot block. He said that 200 Cubans had received receivers that would help in this new attempt.

“It’s a technology that didn’t exist, and since the government doesn’t know about it, it will be almost impossible to block it,” Regalado told the cameras.

Nichols argued to the Florida weekly that this type of social media propaganda is damaging the U.S. position in the world.

“Third countries see what we are doing and say,’Here comes America again doing this nonsense,” and he adds,’It’s low, petty and not worthy of great power. Other countries will say,’If the U.S. is willing to violate international law, why should we obey our contractual obligations? And given what Radio Martí and TV Martí might be doing right now, we have a hard time complaining about what other countries might be doing against us.

The report that Miami New Times had access to is OCB’s budget request for fiscal years 2018 and 2019. It does not reveal the identities of fake “native” and “unbranded” accounts created on the social network, but Facebook administrators do know what they are. By these extravagant quirks in life, this information coincides with the decision of the social network founded by Marc Zuckerberg to eliminate hundreds of alleged false accounts of Russians and Iranians allegedly involved in several disinformation campaigns.

Will Facebook also eliminate the false accounts created by the U.S. government for regime change in Cuba and will the U.S. Attorney’s Office appoint Robert Mueller or another of his ilk to investigate these abuses, as it has done to determine alleged Russian interference through Facebook in the 2016 elections?

1985: Radio Martí began broadcasting, and five years later, the television aggression began when a television transmitter was put into service on board a captive aerostat at an altitude of 3,000 meters in one of the keys in the south of the state of Florida.

2005: Hurricane Dennis disappeared the captive balloon located at 10,000 feet above sea level in Cudjoe Key, from where Television Martí was broadcast. The OCB replaced it with the AeroMartí platform.

2014: OCB created the unwanted text messaging service Pyramid, which failed. Then it tried to smuggle small satellite devices into the island, but the project was aborted because in addition to being expensive, the “dissidents” used the terminals to view pornography.

2018: President Trump created the Internet Task Force for Cuba, which according to the State Department “will examine the technological challenges and opportunities for expanding access to the Internet and independent media in Cuba. Clearly, this Task Force has encouraged OCB’s digital fantasy.

Several investigations by the Government Accountability Office (GAO) have acknowledged that there is strong evidence that Radio and Television Martí is not heard or seen in Cuba. According to the Miami New Times, this saga has cost the American taxpayer more than $800 million.

By Rosa Miriam Elizalde for CubaDebate
Cuban journalist. First Vice-President of UPEC and Vice-President of FELAP. She is a Doctor in Communication Sciences and author or co-author of the books “Antes de que se me olvide”, “Jineteros en La Habana”, “Clic Internet” and “Chávez Nuestro”, among others. He has been awarded the “Juan Gualberto Gómez” National Journalism Prize on several occasions. Founder of Cubadebate and its Editor-in-Chief until January 2017. On twitter: @elizalderosa