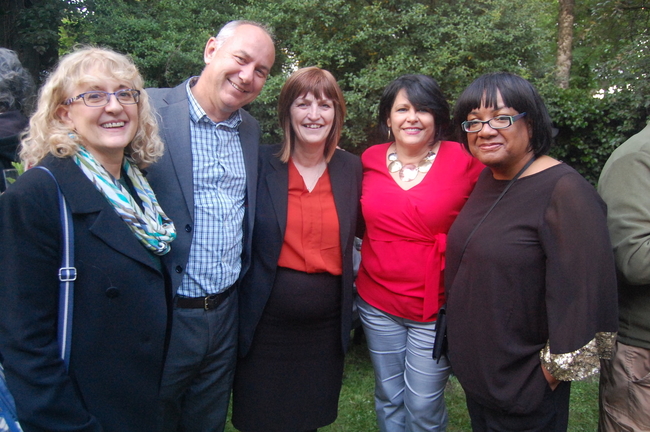 Her Excellency Teresita Vicente, Cuban Ambassador, hosted over 100 ‘Friends of Cuba’ and special guests including parliamentarians, ambassadors, trade unionists, artists, journalists and lawyers at an exclusive reception at the Ambassador’s residency in St John’s Wood, London, to thank them for their support for Cuba and the Cuba Solidarity Campaign.

The Cuban ambassador and staff welcomed guests with canapés, barbequed food, and freshly made Cuban mojitos.

Teresita gave her “eternal thanks” to the Friends of Cuba and guests for their solidarity with Cuba at this crucial time for the region.

“The blockade hasn't achieved its objectives to overthrow the Revolution”, she said, but warned of the increasing dangers posed by the combination of Donald Trump, John Bolton and Marco Rubio, who smear against Cuba by framing the 20,000 Cuban doctors and medics working in Venezuela as “the Cuban military” – a lie widely portrayed in much of the media.

Karen Lee MP, Chair of the APPG on Cuba, gave a summary of her work on the APPG over the last two years, including hosting Miguel Diaz-Canel in Parliament: “to host the Cuban President in my country was the biggest honour”, she said.

Rob Miller, CSC Director, thanked the Friends of Cuba for their crucial contribution to CSC’s campaigning work, and gave an update on the recent strengthening of the extraterritorial blockade through Title III of the Helms-Burton legislation.

In a moment that highlighted the importance of CSC’s campaigning work, Rob welcomed Ernesto Roque to the reception, to much applause. Ernesto was the Cuban student who was first barred from enrolling onto an Open University course due to US blockade legislation. The leading barrister, David Mitchell, who worked pro-bono on the case, was also warmly welcomed and spoke of the importance of the case.

After almost five years in Britain, Teresita Vicente will return to Cuba later this year. Diana Holland, Unite Assistant General Secretary and Chair of CSC, gave Teresita a special commemorative gift from the union as a gesture of solidarity and thanks for Teresita’s excellent work on behalf of her country.

‘Friends of Cuba’ members contribute £200 per annum to support the long term work of the Campaign, directly helping our efforts to defend Cuba’s sovereignty and campaign against the illegal US blockade. If you are interested in becoming a Friend of Cuba, and receiving the benefits of Friends of Cuba membership including special discounts and invitations, please read more here. 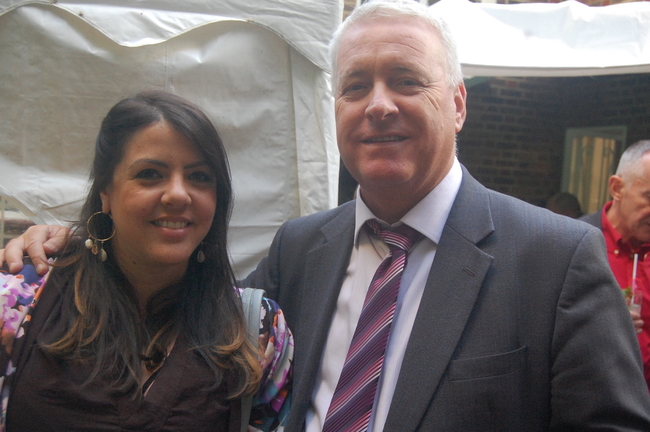