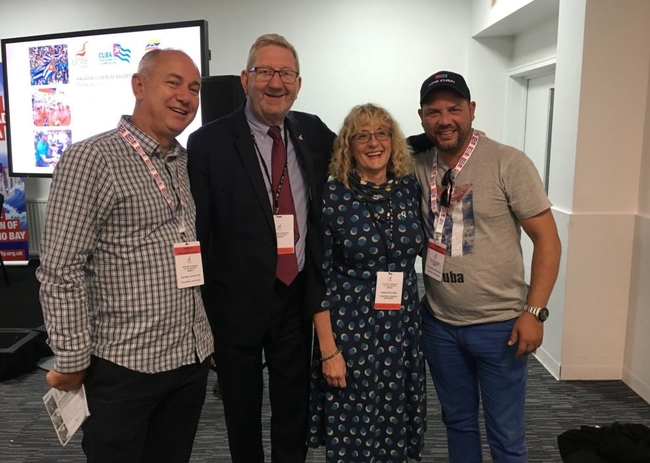 Dr Enmanuel Vigil Fonseca received rapturous applause when he told a Unite fringe meeting “we have an abundance of dignity and solidarity. We will never give up our rights and we will never go down on our knees to the US.”

Speaking at the CSC fringe meeting during the union’s Rules Conference in Brighton in June, he described the many opportunities the Cuban Revolution had given him to help around the world. “We get nothing in return but gratitude. We take everything with us so we are not a burden on our host countries.”

Despite the devastating impact of the US economic war against his country, he remained defiant. “No blockade is going to stop us helping other countries,” he declared.

Rob Miller, CSC Director, paid tribute to Cuba’s internationalist work, from Kashmir to Haiti. “The recent TV programme on Chernobyl neglected to mention that Cuba treated over 18,000 children from the Ukraine affected by radioactive poisoning,” he said.

Delegates watched a video of the Unite Team on the 2018 Cycle Cuba Challenge, and Peter Hughes, Wales Regional Secretary, urged Unite members to take part in the 2020 Challenge.

CSC organised a reception with live music from Omar Puente and the Raíces Cubanas to close the conference, where a raffle raised over £600 for campaigning work.