Supporting LGBT+ Rights and the LGBT+ community in Cuba 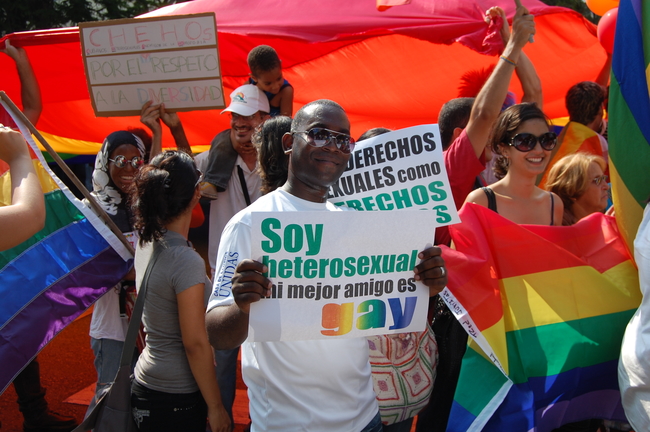 Like many other Caribbean and Latin American countries, Cuba's LGBT+ community have faced discrimination and homophobia in the past.

Hundreds of years of Spanish colonialism, the influence of the Catholic church, and a culture of machismo helped to entrench homophobic attitudes deep in society which LGBT+ people are still fighting against today. However, in recent years there have been significant steps to rectify the mistakes of the past, to legislate to protect LGBT+ rights in society and try and educate the wider population to end discrimination and homophobia.

Following the decriminalisation of same sex relationships in 1979 a number of education initiatives and changes in the law marked the beginning of changes in government and societal attitudes.

Central to lobbying, raising awareness and educating against homophobia in the country has been the work of the government funded National Centre for Sexual Education (CENESEX). CENESEX campaigns for sexual equality and LGBT+ rights and is headed by director, Mariela Castro Espin, daughter of feminist revolutionary Vilma Espin. 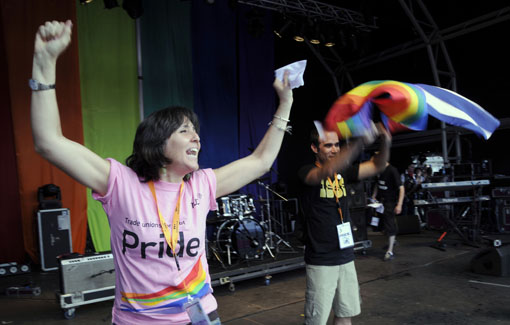 CENESEX was established by the Ministry of Health in 1988 and has been instrumental in changing legislation and attitudes. The organisation is currently involved in campaigning for reforms to the Family Code to allow legal recognition of same-sex unions among other changes to represent diversity within family law.

CENESEX recognises that there is still much work to be done, however huge achievements have been made both in terms of reforming legal structures and challenging cultural norms. These achievements are not only impressive in themselves, but especially so when the regional context of Latin America and the Caribbean is considered which is heavily influenced by generations of ‘machismo’.

It impact of the blockade and aggressive US policy on the LGBT community and all Cubans should never be forgotten or played down. It impacts on all areas of Cuban society, access to healthcare, essential medication and education materials.

A timeline of advancing LGBT+ rights in Cuba

1988 CENESEX established to provide education on sexuality, sexual health and the recognition and guarantee of sexual rights of the population

1993 Strawberry and Chocolate, a ground-breaking film about a young communist man’s relationship with a gay catholic writer – explored tolerance, inclusion and homophobia and marked a watershed in Cuban society 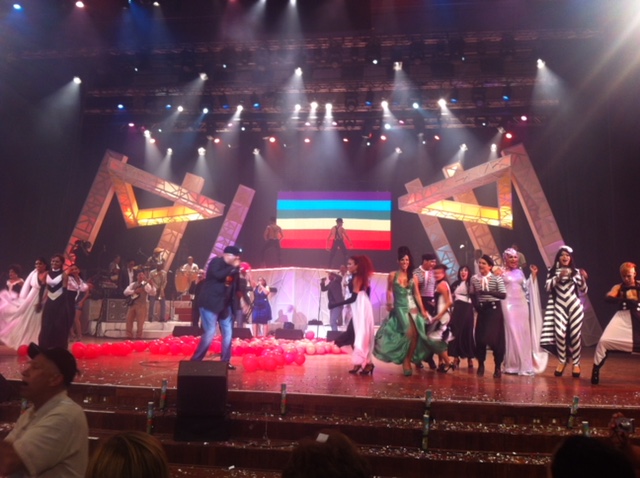 2012 Adela Hernandez is the first known transgender person to be elected to public office, after being elected as a delegate to the municipal government in the province of Villa Clara

2013 The new Labour Code includes anti-discrimination laws based on sexuality in employment for the first time. 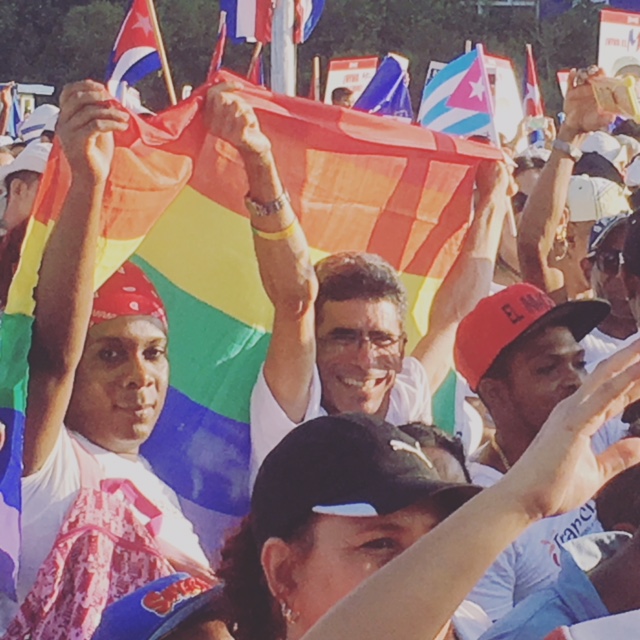 2015 IDAHO features the involvement of the CTC (Cuban Workers Federation) for the first time, with a key focus being the creation of workplaces free from stigma and discrimination

2019 A new constitution is passed which expressly prohibits discrimination based on sexual orientation and gender identity and deletes the previous definition of marriage as a union between a man and women. Marriage is now defined as a social and legal institution and just one form of family organisation, recognising the right of everyone to found a family.

2019-2020 CENESEX to be involved in drafting and consultation on new Family Code, updating the 1976 document

Exchanges between the UK and Cuba

Over the last 12 years CSC is proud to have worked with CENESEX and LGBT+ groups in Cuba and the UK to organise exchanges, facilitate links and promote understanding between the LGBT+ communities in both countries. 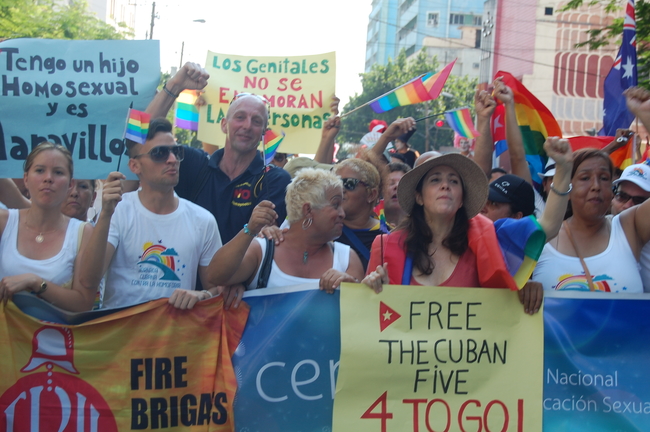 2008 The Trade Unions Congress LGBT Conference passes an FBU motion against the US blockade and in support of the achievements of the Cuban Revolution, calling for links to be made with LGBT+ community in Cuba including inviting activists from CENESEX to conference in 2009

2009 Alberto Roque, a Cuban LGBT+ activist with CENESEX, addresses the TUC LGBT+ conference and speaks at a CSC fringe meeting. He also meets with the Terence Higgins Trust, the APPG on Cuba, and MPs

2009 Mariela Castro, director of CENESEX, is invited to take part in London Pride and addresses crowds in Trafalgar Square. She also joins Peter Tatchell for a Q&A session following a screening of the film ‘Strawberry and Chocolate’ at the Barbican

2012 FBU Regional Secretary Pete Wilcox participates in IDAHO activities in Havana, taking part in panel discussions and being at the head of the conga. 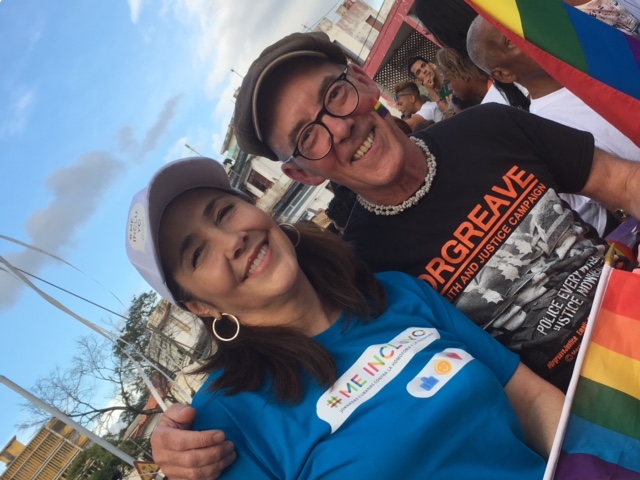 2018 Mike Jackson, secretary of Lesbians and Gays Support the Miners (LGSM) participates in a screening and Q&A of ‘Pride’, discussion panels, and leads the conga in Havana with Mariela Castro as part of IDAHO events. He receives an award for his activism from CENESEX at the Gala Against Homophobia 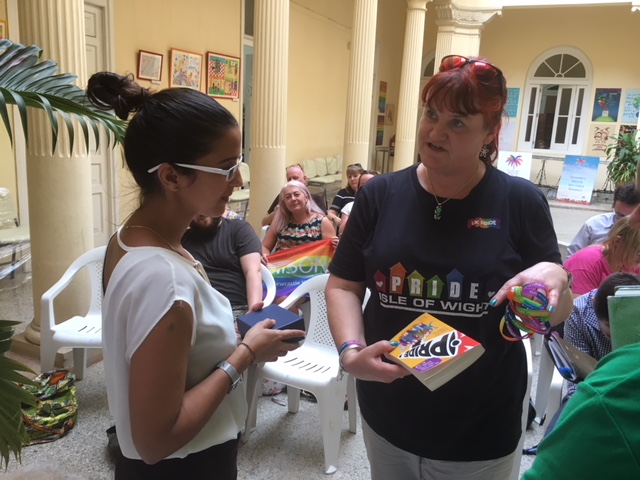 2018 Mariela Castro speaks in London at Latin America 2019. During her stay she visits ‘Gays the Word’ bookshop and meets with representatives from Switchboard, LGBT+ History Month, Open Doors and other LGBT+ organisations and campaigns 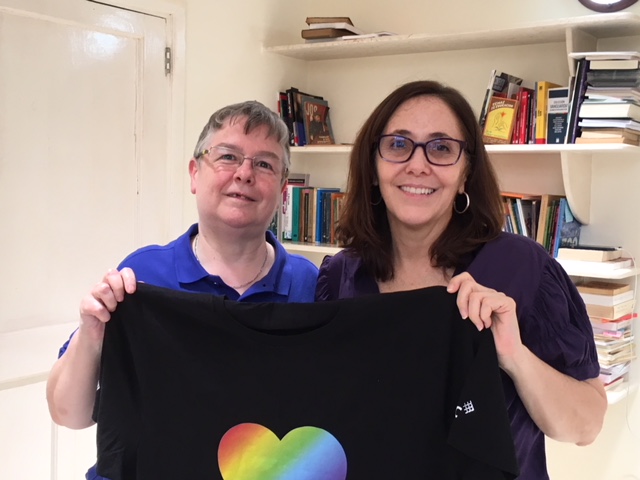 2019 Jenny Douglas, Unite the Union executive council member for LGBT+, meets with Mariela Castro in Havana to discuss the work of CENESEX

Twelve years of IDAHO celebrations in Cuba
Since 2007, Cuba has celebrated the annual International Day Against Homophobia and Transphobia (IDAHO) with a programme of events including conferences, panel discussions, debates, film screenings, exhibitions, television discussions and cultural events.

The ‘Jornada Cubana Contra La Homofobia y La Transfobia’ runs for two weeks around the official IDAHO date of 17 May. It is an opportunity raise awareness and campaign against homophobia in Cuban society often focusing on different spaces where discrimination exists. For example past ‘Jornadas’ have focused campaigns in schools, workplaces, and the family. As well as Havana, each year another province is chosen where the main programme of activities will be repeated to ensure high level events are not restricted to the capital. 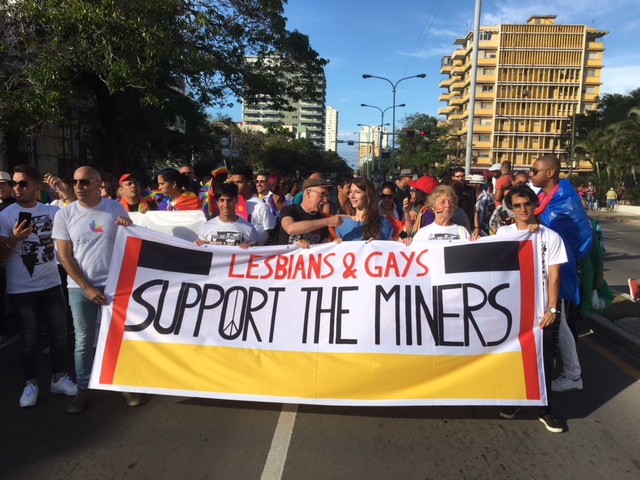 The Gala against Homophobia, the Fiesta for Diversity, and the Conga, are the most high profile events of the programme. The Gala is a cultural show, with singers, dancers and cabaret acts which takes place at the 2,000 capacity Karl Marx Theatre, attended and supported by personalities from Cuban society and politicians. 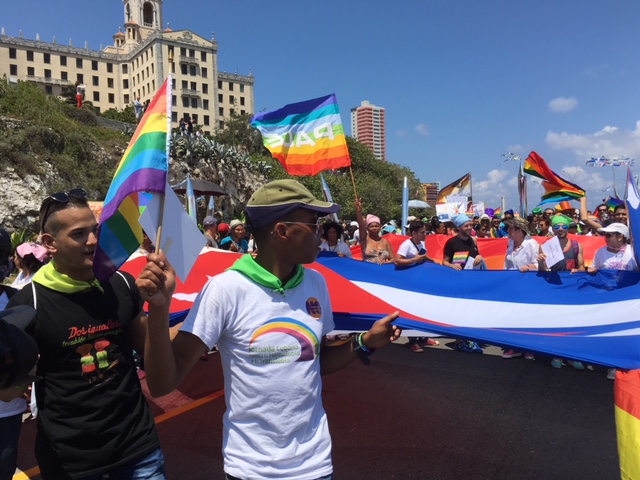 The Conga is similar to a pride march, but usually with a more campaigning message against homophobia and transphobia in society. It has become known as the Conga rather than a pride march as there is a band and people dance, rather than just walk the route. The Conga is followed by the Fiesta for Diversity, a big outside party with live music, food, entertainment and stalls, attended by hundreds of people. All of the events for IDAHO are supported by the government.

In May 2019, CENESEX organised a programme of 29 events for IDAHO across two provinces (Havana and Camagüey), as well as local events in other towns. There were more events than in previous years, and all, except one, took place without incident.

On 9 May CENESEX announced that the Conga would be suspended – stressing that it was a one off decision that would not impact on any of the other activities. In a statement CENESEX explained that the decision had been taken because groups that were trying hard to “distort the reality of Cuba” were intending “to use our Conga to discredit, divide and replace the true meaning of this activity.” It urged people not to join politically motivated provocations and attacks on the work of CENESEX and the achievements it had made over the years.

At the same time, an alternative unauthorised march was called and this was widely promoted on social media networks and supported by groups and individuals based in Miami.

Between 100-150 people took part in the march which was not supported by CENESEX. According to several reports from LBGT+ people who joined the march it comprised of a mixture of the LGBT+ community, tourists and a great number of international media. The group marched several blocks from Central Park down the Prado (a pedestrian walkway) until it reached the Malecon - a busy main road with fast flowing traffic running along Havana’s seafront. The march took place with no problems until it reached the Malecon. Here marchers were asked not to disrupt the traffic. A handful of people ignored the request and tried to march into the road which resulted in a confrontation with the police and three or four arrests. The majority of the others on the unauthorised march had no problem with authorities, and many of them took part in the CENESEX organised Fiesta for Diversity later that evening which was attended by hundreds of Havana’s LGBT+ community. 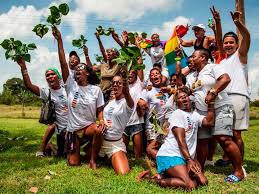 CENESEX and many LGBT+ activists in Cuba are extremely disappointed and frustrated that the international media chose to report this one event but ignored all the other IDAHO activities which were attended by thousands of people. Several prominent LGBT+ Cuban bloggers have also claimed that the those arrested have no history of campaigning for LGBT+ rights in Cuba but do have links with groups and organisations funded by the US government.

In their statement CENESEX noted that aggression against Cuba has intensified under the Trump administration, which has tightened the blockade and activated Title III of the Helms Burton Act, and has encouraged groups to try and undermine the work of CENESEX.

The US government and groups wanting to attack Cuba may focus on this incident, but those serious about supporting Cuba’s LGBT community will look at the achievements of CENESEX over the last 20 years, and how we can support them and Cuban LGBT+ activists in their work to achieve a new and inclusive Family Code in 2020/21. 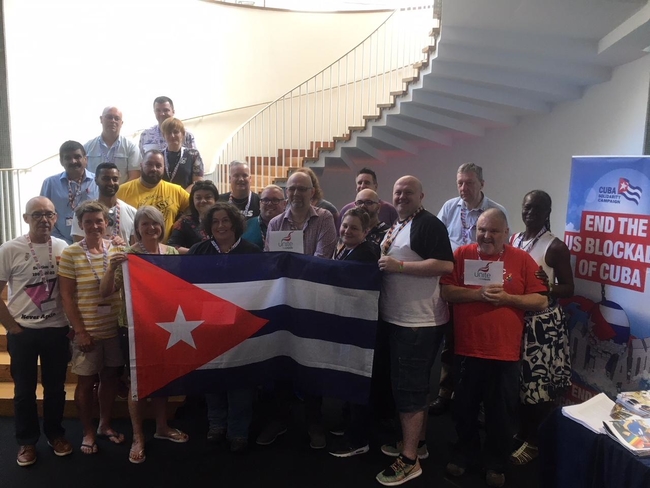 If you are interested in finding out more about CENESEX’s work on this please contact Natasha Hickman at CSC on communications@cuba-solidarity.org.uk

The Gala for Diversity at the 2,000 capacity Karl Marx Theatre in Havana. One of the many annual events to take place during Cuba's IDAHO celebrations.

Mike Jackson of LGSM with Mariela Castro in May 2018

Unison's Yve White during a meeting at CENESEX in November 2018

Participants in the Diversity Games, one of the 28 activities that took place for IDAHO in May 2019

Pete Wilcox, Regional Secretary of the FBU marching the the union's banner at the front of the 2013 IDAHO conga in Havana