Spanish CEO barred from US over his company’s Cuba interests 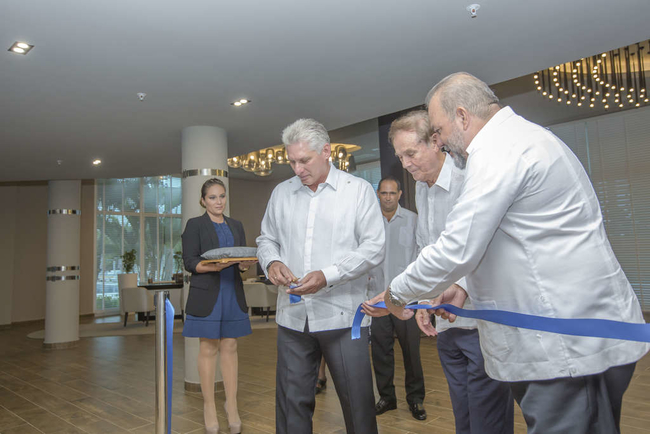 A major Spanish hotel chain said Wednesday that the U.S. State Department informed the CEO he is barred from entering the United States because of his company’s business interests in Cuba.

Meliá Hotels International S.A. said in a statement it believes more than 50 other companies have received similar notifications, but didn’t name any.

Meliá CEO and vice president Gabriel Escarrer received notice of the U.S. ban in October, the company statement said. Spanish media reported on the prohibition for the first time Wednesday, and the company issued the statement shortly afterward.

Meliá said the notification was linked to provisions of the 1996 Helms-Burton Act, which among other things allows Americans to sue companies deemed to be “trafficking” in property confiscated by Cuba’s government after the country’s 1959 revolution.

The Trump administration last year activated a provision of the U.S. embargo on Cuba which every president since the law’s passage had suspended because of objections from U.S. allies doing business in Cuba.

Its activation was widely expected to trigger lawsuits, along with trade fights between the U.S. and countries including Spain, France and Britain.

The European Union’s ambassador to Cuba, Alberto Navarro, said he was aware of 14 members of Meliá’s board and their families being subject to U.S. sanctions.

“We utterly reject this,” Navarro told The Associated Press, adding that the EU is studying measures “to protect its citizens and entrepreneurs.”

The Spanish government said it was aware of only Meliá having been targeted by the State Department, not any other Spanish companies.

“The European Union and all the member states have expressed several times their opposition to the reactivation of the Helms Burton Act,” Spain’s Ministry of Foreign Affairs said in a statement.

Meliá said the U.S. government linked its barring of Escarrer to cooperation in the management of two hotels between the company’s subsidiary companies and Cuban public bodies.

The U.S. government argues that the hotels lie on a plot of land expropriated from the Sanchez Hill family in the late 1950s, Meliá said. The hotel company said Spanish courts have dismissed that family’s claims to the land.

The Spanish company said it would challenge the U.S. notification in the courts and would seek support from the European Union and the Spanish government.