Is the Cuba Blockade a Myth? 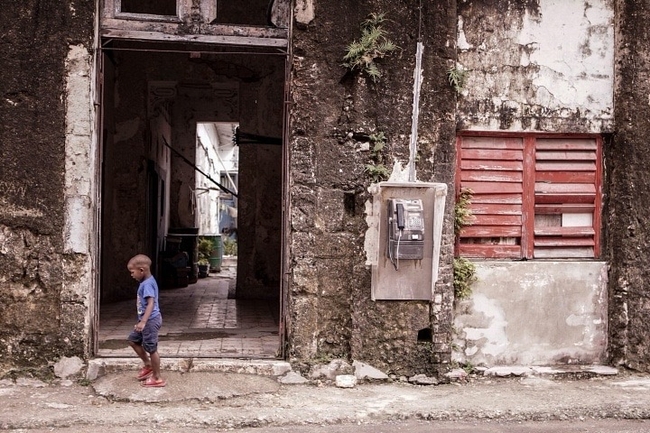 The War on Cuba - Episode 1

"When a new leader arrives in the White House, Cubans hold our breath. We live in fear that the next one could be worse."

Even when I didn’t understand what it was to be Cuban, it was clear to me that we struggled because of the blockade. Since I was a child I heard many times at home and at school: “the United States is bad,” it was the simplest way for the little ones to understand.

I grew up hearing that everything around me was the fault of the blockade. Perhaps, for that reason, when we began to thoroughly investigate the impact of the blockade for the film series “The War on Cuba,” and how we wanted to treat it, for me it was already a worn-out issue.

The Cuban people have lived for almost sixty years with restrictions imposed by the United States government. Many times we do not even notice how much this policy affects us, because in a certain way we get used to so many decades of economic war along with the problems of our country, because no, it is not all the fault of the blockade. But it exists and its impact is real.

When a new leader arrives in the White House, Cubans hold our breath. We live in fear that the next one could be worse. And so it wasn’t until the arrival of Barack Obama, when we finally saw the light. Many blame only the Cuban government for our economic shortcomings, but when bilateral relations improved, our economy also regained its charm.

But we had little time to appreciate this change. Donald Trump arrived, and he ruined everything that both countries had advanced in normalizing their relations.

In the last three years, Cubans have gone through some of the worst crises in our history, affecting all sectors. For example, in September of last year, the United States prevented the country from receiving fuel, and Cuba had to readjust its operation with only 30 percent of the oil it needed. Put like that, they are only figures, but when you live here it is frustrating to see your people wait for hours for public transportation, start cooking with charcoal, and see private businesses, which were just beginning to flourish, go bankrupt.

“The War on Cuba” is a documentary miniseries made by Belly of the Beast, a media outlet made up of various Cuban and foreign professionals. We are a team that aims to show the impact of US policy on the people of the island and the various ways that Cubans find to resolve the situation and survive.

We show entrepreneurs, private business leaders, farmers — people who, without even having defined political positions, pay the price of the measures imposed “against the Castro government” “to save Cubans from communism” and other reasons that have been justified during sixty years of the blockade.

We want to show this issue in the most impartial way possible, a reality that cannot be ignored and that the mainstream media rarely shows in depth. We chose everyday stories, which are repeated in every town on the Island.

In the past few months I have come to recognize the impact on many people who cannot have medicines and health equipment due to the economic siege. These are perhaps the most widespread stories, but I also recognized how many of my daily needs depend on the measures that the United States imposes on Cuba.

The embargo, as the US calls it, is perhaps a political strategy for them, but for more than 11 million people it is a daily problem.