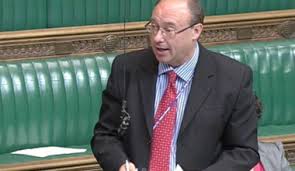 British MP Grahame Morris has made a formal nomination to the Norwegian Nobel Committee for Cuba’s Henry Reeve International Medical Brigade to be awarded the 2021 Nobel Peace Prize.

In his submission to the organisation on 15 October Mr Morris said:

"The Henry Reeve International Medical Brigade's response to Covid-19 is unparalleled and their inspirational internationalism warrants the global recognition of a Nobel Peace Prize."

Grahame Morris is the Labour Member of Parliament for Easington, County Durham and chairperson of the All Party Parliamentary Group on Cuba.

In his nomination he noted that the brigade has been at the forefront of the global response to Covid-19, with 3,700 Cuban healthcare professionals volunteering in 39 countries, treating more than 360,000 people and saving thousands of lives.

He also highlighted the long-term work of the brigade which had saved over 93,000 lives during natural disasters and health emergencies since their formation 15 years ago.

In a video message supporting his nomination Mr Morris said:
"Cuba is a small island, but its heart and humanity is gigantic. This wonderful internationalism deserves to be recognized and the award of Nobel Peace Prize would be much deserved."

Notes:
1 Grahame Morris MP has also joined signed an open letter in support of the Nobel Peace Prize being awarded to the Henry Reeve International Medical Brigade which been signed by 4,500 people.
https://cuba-solidarity.org.uk/nobel-peace-prize/