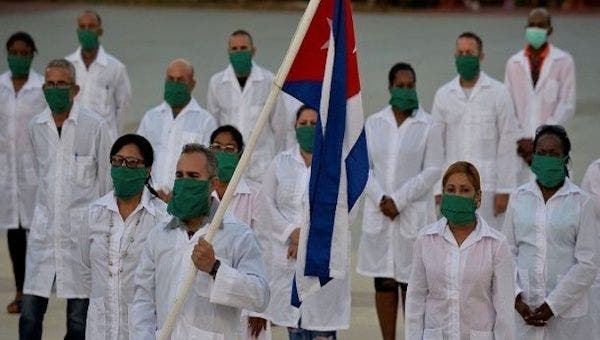 The Cuban Medical Brigade this December marks 22 years of internationalist aid in Haiti, Latin America's poorest country that has been impacted by earthquakes, hurricanes, the cholera epidemic, and the COVID-19 pandemic.

Cuban professionals assisted the most impoverished and hard-to-reach communities to also reinforce the people’s health education.

In recent months, "we focused our efforts on fighting against the pandemic. Even when the country reports a sustained increase in cases, the development of the disease is not chaotic thanks to our brigade's support," Olivero explained.

In April, Haitian authorities reported the first COVID-19 cases in the country. Since then, a special brigade of over 20 professionals supported Haitian doctors in containing the spread.

At the Port-au-Prince IPEC hospital, which is the country's only center dedicated exclusively to the treatment of the COVID-19 patients, Cuban doctors assisted about 200 patients.

"The results were encouraging, especially those got from patients who were treated on time. Many Haitians prefer not to go to the hospital because of cultural, political, or social reasons," Olivero added.

In eight months of the pandemic, Cubans cared for those who developed the most severe symptoms of the disease.

"This is because the Haitian people have a lot of confidence in us," Brigade Vice-Coordinator Elizabeth Segura said.

In 2010, the 'Henry Reeve' Brigade was deployed in Haiti for the first time, after a devastating earthquake. Then, it was deployed during the Cholera epidemic, after Hurricane Mathew's impact, and to fight against the COVID-19.