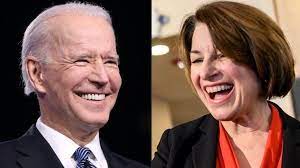 The Freedom to Export to Cuba Act would pave the way for new economic opportunities for American businesses and farmers by boosting U.S. exports and allowing Cubans greater access to American goods

U.S. Senators Amy Klobuchar (D-MN), Jerry Moran (R-KS), and Patrick Leahy (D-VT) reintroduced major bipartisan legislation to lift the Cuba trade embargo. The Freedom to Export to Cuba Act would eliminate the legal barriers to Americans doing business in Cuba and pave the way for new economic opportunities by boosting U.S. exports and allowing Cubans greater access to American goods. The legislation repeals key provisions of previous laws that block Americans from doing business in Cuba, but does not repeal portions of law that address human rights or property claims against the Cuban government.

“Instead of looking to the future, U.S.-Cuba policy has been defined for far too long by conflicts of the past,” Klobuchar said. “As we work to rebuild our economy following the pandemic, lifting the trade embargo will open the door to a large export market and create jobs in the U.S. It’s time to turn the page on the failed policy of isolation by passing our bipartisan legislation to end the embargo once and for all.”

“The unilateral trade embargo on Cuba blocks our own farmers, ranchers and manufacturers from selling into a market only 90 miles from our shoreline, while foreign competitors such as China benefit at our expense,” Moran said. “This legislation will expand market opportunities for U.S. producers by allowing them to compete on a level playing field with other countries. It is time to amend our own laws to give U.S. producers fair access to market to consumers in Cuba.”

“This bill would do away with a misguided, failed policy of unilateral sanctions that harms the Cuban people and shortchanges American companies and American workers. It would never pass Congress today, but a tiny, vocal minority stubbornly opposes its demise. The consequence, besides blocking U.S. exports and income for America’s farmers and manufacturers, is that our competitors are reaping the benefits of our shortsightedness. It should be debated and voted on in the Senate,” Leahy said.

Cuba relies on agriculture imports to feed the 11 million people who live in Cuba and the approximately 4 million tourists who visited in 2019, prior to the pandemic. The U.S. International Trade Commission found that if restrictions on trade with Cuba had been lifted, exports like wheat, rice, corn, and soybeans could increase by 166% within five years to a total of about $800 million. The Freedom to Export to Cuba Act repeals the current legal restrictions against doing business with Cuba, including the original 1961 authorization for establishing the trade embargo; subsequent laws that required enforcement of the embargo; and other restrictive statutes that prohibit transactions between U.S.-owned or controlled firms and Cuba, and limitations on direct shipping between U.S. and Cuban ports.

The legislation has been endorsed by Engage Cuba, the Washington Office on Latin America, and the Latin America Working Group.