CSC activists protest against the US blockdade 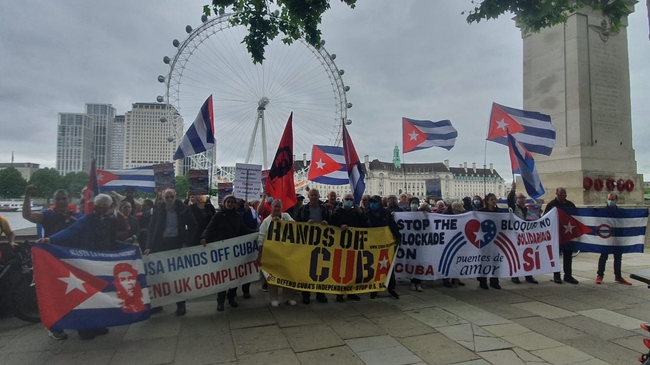 Cuba Solidarity Campaign activists took actions in London, Birmingham, Liverpool, Manchester, and Sheffield on 19-20 June as part of the World Caravan Against the US blockade of Cuba.

The events were part of an international weekend of actions in advance of the United Nations General Assembly vote on the US blockade which takes place on 23 June. CSC members in Liverpool and Birmingham are also set to take actions on Sunday.

In London, CSC supporters cycled and walked along the Thames Embankment to Trafalgar Square, handing out leaflets which called for the Biden administration to reverse the 240 measures and sanctions against the island introduced under Donald Trump.

They were joined by Cubans resident in the UK who chanted “The blockade is hate, send Cuba love.” Since July 2020, monthly caravans of car and bicycle cavalcades have been organised under the banner puentes de amor meaning bridges of love. The caravans are calling for Mr Biden to allow families to be reunited by ending travel restrictions, opening the US embassy in Havana for visa processing and allowing them to send money home to families in Cuba. Such actions were restricted under Donald’s Trump administration and have not been reversed by President Joe Biden.

Supporters in Manchester and Cuban residents in the city organised a car caravan through Hyde. CSC groups in Liverpool, Sheffield and Birmingham also organised walking caravans to call for the end the US blocakde.

In 2020, during the height of the COVID-19 pandemic, US sanctions blocked a shipment of vital medical supplies from entering Cuba. It included more than two million masks, 400,000 rapid diagnostic kits and 104 ventilators. Cuba described it as “another twist of this genocidal, inhumane policy.”

In May 2021 Oxfam, the international development agency, called for an end the blockade which it said “restricts access to suppliers of medicines, technology, food, and other essential products.”

“The US blockade will have been in place for 60 years in 2022. It is an anachronistic relic of the cold war which causes shortages and suffering in Cuba and has been repeatedly condemned by the United Nations. British friends of Cuba are taking to the streets this weekend to call for an end to this cruel and immoral policy. It is unconscionable that it has continued throughout the COVID-19 pandemic and has resulted in shortages of PPE equipment in Cuba, and hindered their vaccine roll out,” said Rob Miller CSC director.

In Britain, CSC supporters have raised almost £70,000 in the last twelve months to supply medical aid to help Cuba fight COVID-19 at home, treat patients and deliver their vaccination programme.

We have also worked with MPs to raise the issue with the British and US governments, and organised events to raise awareness of this policy. Please contact CSC if you want find out more about how you can join the campaign to end the US blockade of Cuba. 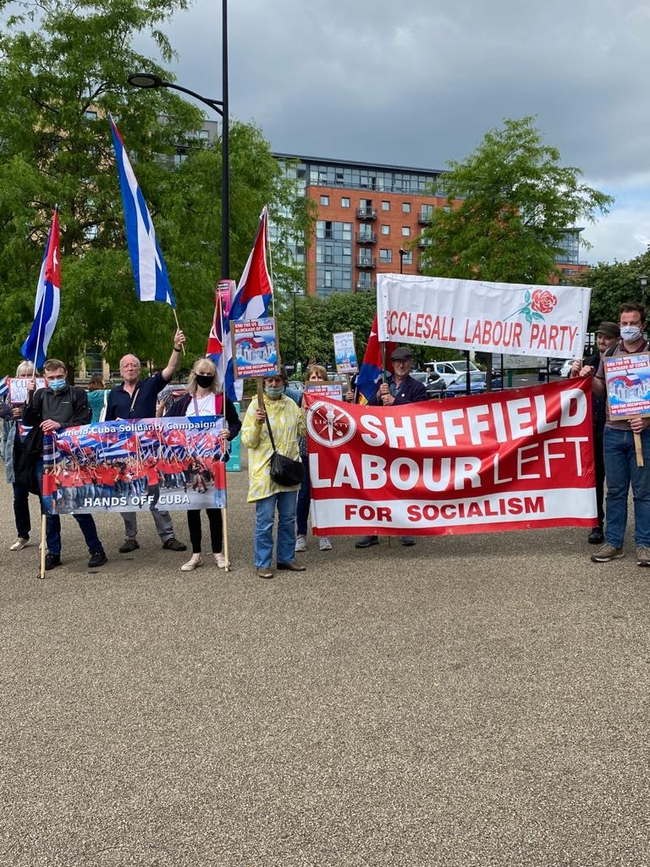 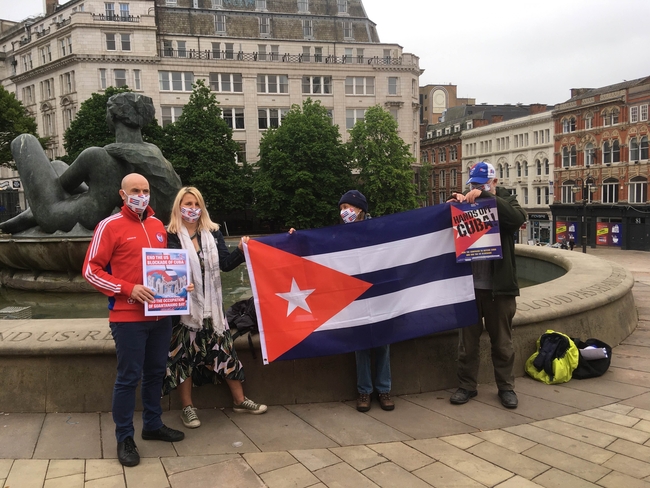 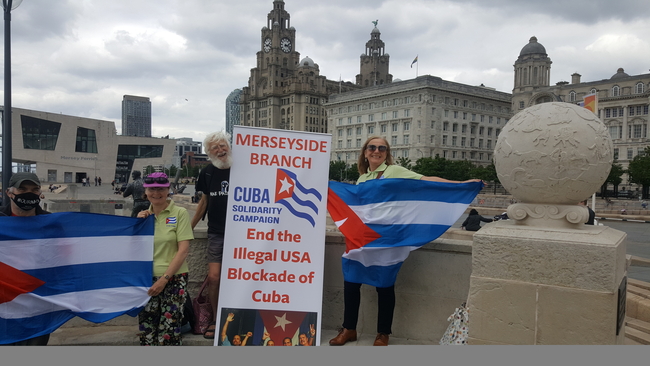 In front of the Liver Building in Liverpool 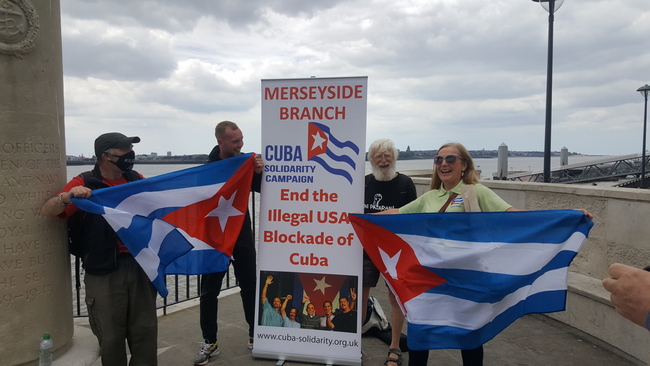 By the River Mersey in Liverpool 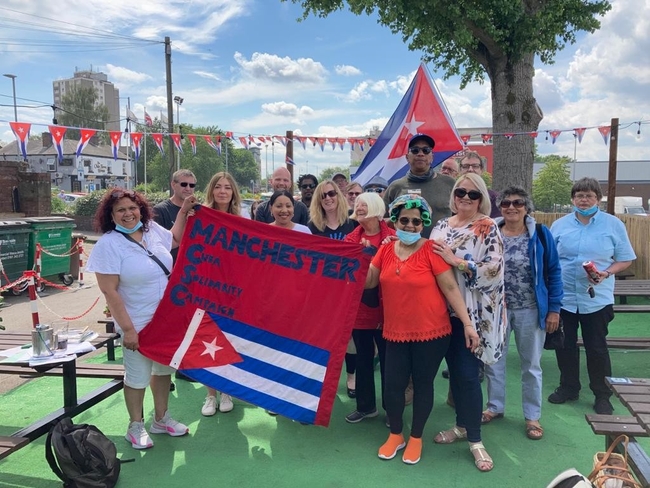