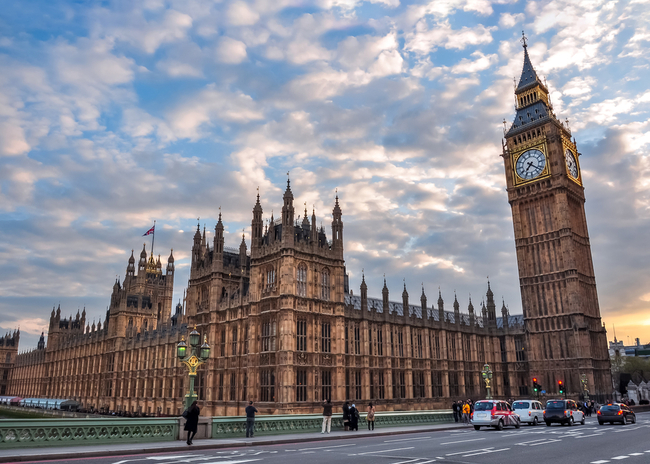 Fifty eight British members of parliament have signed a motion in the British Parliament which calls on the British Government to promote international cooperation between the UK and Cuba and urge the Biden administration to normalise relations by removing Cuba from its ‘state sponsors of terrorism’ list and ending the US blockade.

Early Day Motion 1550 on Cuba and the US blockade was formally tabled by Grahame Morris MP and Chair of the All-Party Parliamentary Group on Cuba on 25 February 2021.

The motion recognises the cost of the US blockade to the Cuban economy and the “politically motivated” addition of Cuba to the US ‘state sponsor of terrorism’ list by the outgoing Trump administration in January 2021. It encourages the Biden administration to remove Cuba from the list and to end sanctions against the country in order to give Cuba access to the materials it needs to roll out its COVID-19 vaccination programme to its people.

The blockade of Cuba is now approaching its 60th year. The United Nations General Assembly (UNGA) has condemned the blockade in 28 consecutive votes; the last in 2019 saw 183 countries, voting in support of Cuba’s motion to end the blockade, and just 3 against. The next vote is due to take place on 23 June 2021.

In addition to the deprivations it causes to the Cuban people, the blockade policy is extraterritorial – imposing fines and sanctions on foreign companies, including in the UK, that attempt to trade with the island.

The coronavirus pandemic has highlighted the need for international cooperation. Cuba is in the final stages of testing its own COVID-19 vaccine, which could treat its own population and millions across Latin America and the global south if the country had access to materials to produce and administer the vaccine en masse. The British Government is already collaborating with Cuba on several projects including medical research and such cooperation could benefit the US population too.

Grahame Morris MP said:
“The US blockade of Cuba has cost the Cuban economy billions of dollars and causes shortages in essential services including health and education. I welcome the fact that the UK Government has worked closely with Cuba on joint projects through the pandemic and hope that such cooperation will encourage President Biden to normalise relations by reversing the ludicrous designation of Cuba as a ‘state sponsor of terrorism’ and ending the blockade.”

Rob Miller, director of the Cuba Solidarity Campaign:
“The world is watching the US President in the early days of the new administration and we hope that he will take note of the United Nations vote in June when the world will once again say no to the blockade. It is heartening to see so many MPs here supporting the campaign against the US blockade and we would urge the British Government to take concrete steps to support UK companies wishing to trade with Cuba and stand up to US bullying on this matter.”

EDM 1550 and Cuba’s report on the impact of the blockade in advance of this year’s UNGA vote will be discussed with María del Carmen Herrera Caseiro, General Director of Multilateral Affairs and International Law at the Cuban Foreign Ministry during a Cuba Solidarity Campaign online meeting on Monday 24 May from 6.30pm. Details at www.cuba-solidarity.org.uk

EDM 1550 - Cuba and the US blockade
Motion text:
That this House recognises the US blockade of Cuba has cost the Cuban economy billions of dollars; causes shortages in essential services; and has been exacerbated by the Trump administration’s designation of Cuba as ‘state sponsors of terrorism’ – a politically motivated move which intensifies sanctions against the Cuban people in the middle of a health pandemic; however, this House welcomes recent comments by Juan González, White House Director for the Western Hemisphere, that the Biden administration is seeking to lift remittance and travel restrictions and further hopes measures will be taken to enable Cuba to access materials to produce and deliver millions of doses of its COVID-19 vaccine both to its own population and elsewhere; further this House congratulates the UK Government for voting against the blockade, and on its positive engagement with Cuba, including joint projects on COVID-19, medical research and facilitating the posting of Cuban medical brigades to British overseas territories; calls on the British Government to promote international cooperation between Cuba and the UK and encourage the Biden administration to normalise relations by reversing the designation of Cuba as a ‘state sponsor of terrorism’ and ending the blockade.

ENDS
Notes to editors:
The Cuba Solidarity Campaign campaigns against the US blockade and defends Cuba’s right to independence and self-determination, free from foreign intervention.
All signatories of EDM 1550 can be found on the British Parliament website here https://edm.parliament.uk/early-day-motion/58167/cuba-and-the-us-blockade
For further information or interviews contact
Rob Miller, CSC director at director@cuba-solidarity.org.uk or call 07930 693900.