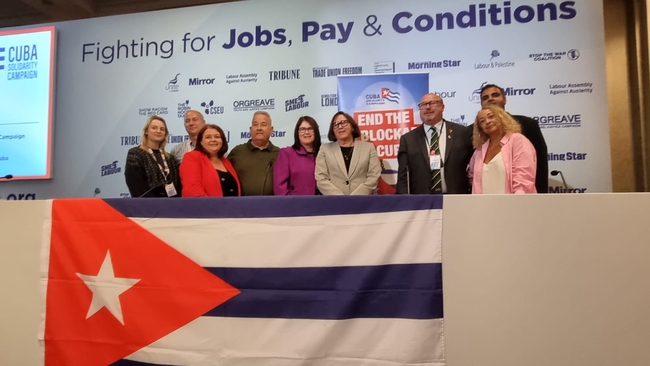 After eighteen months and twenty online public meetings CSC was delighted to participate in and host our first face-to-face public meetings, since the start of the COVID-19 pandemic, in September.

At the Labour Party Conference in Brighton we were invited to speak at ‘The World Transformed’, the Young Labour rally, as well as organising a fringe meeting as part of the main conference fringe programme.

CSC’s conference exhibition stall was extremely busy all week. Several MPs had their photographs taken with our ‘End the US blockade, 60 years too long’ poster, and it was great to see many existing CSC members visit to say hello and give their support, as well as Labour Party delegates who came to ask questions, buy gifts and join. More than 20 new members were recruited during the week.

On Saturday 25 September, CSC’s Natasha Hickman spoke at two events. Joining speakers from Colombia, Brazil, and Bolivia at The World Transformed Festival running concurrently with the Labour Party Conference, she contrasted the lack of mainstream media coverage for the mass demonstrations against imperialism and right-wing governments that had been taking place in these countries for many months compared to the way that the same media had responded to localised and much smaller events in Cuba. The meeting, ‘Latin America Rising: Imperialism, Resistance and Solidarity,’ hosted by Alborada attracted more than 100 people. Later the same evening, Natasha told a crowd of 200 at the Young Labour Rally that there was nothing controversial about standing up against the US blockade whose aim was to starve the Cuban people into submission. Other speakers at the rally included MPs Jeremy Corbyn, Richard Burgon and Zarah Sultana.

On Monday 27 September a further 150 people listened to Cuban Ambassador Bárbara Montalvo Alvarez speak at her first fringe meeting since arriving in the UK in March 2020. CSC’s meeting ‘Solidarity and resistance: Cuba’s fight against COVID and the US blockade’, was sponsored by Unite the Union, and chaired by the union’s Assistant General Secretary Steve Turner.

Grahame Morris MP told the audience about the measures taken both in and out of parliament by MPs to pressure the Biden administration to reverse sanctions imposed by Trump including allowing Cuban Americans to send family remittances to the island.

Labour NEC youth representative and junior doctor Lara McNeill shared her first-hand experience of training as a doctor in Havana and told the audience what it was like to work in Cuba’s world class healthcare system. She compared the cost of training to become a doctor in the UK and the debts students would rack up here with Cuba where medical training is free and as a result doctors came from much more diverse backgrounds than in Britain.

In an emotional speech that moved the audience, the ambassador expressed her deep gratitude on behalf of the Cuban people for all the support and solidarity CSC members, affiliates and friends of the Campaign have provided during the pandemic.

Explaining the difficulties that Cuba has faced trying to obtain medical supplies to treat COVID-19 patients and develop vaccines she said that one thing that made Cuba different from the rest of the world was that it had been subjected to the most comprehensive sanctions ever established against a nation.

CSC Director Rob Miller closed the meeting with a call for solidarity given the current difficulties the island faced. “Cuba has given so much to the world, it is time for us to give something back” he said. 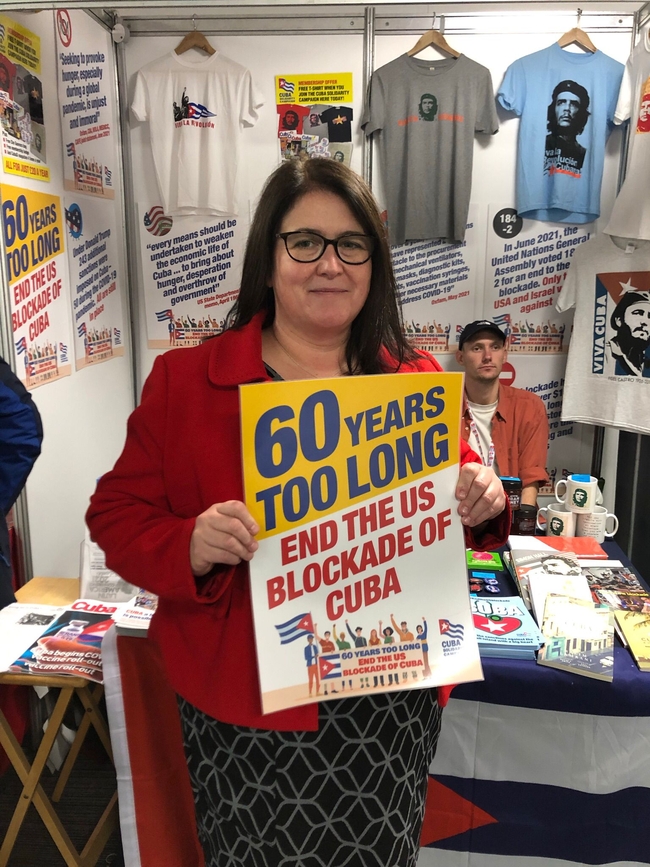 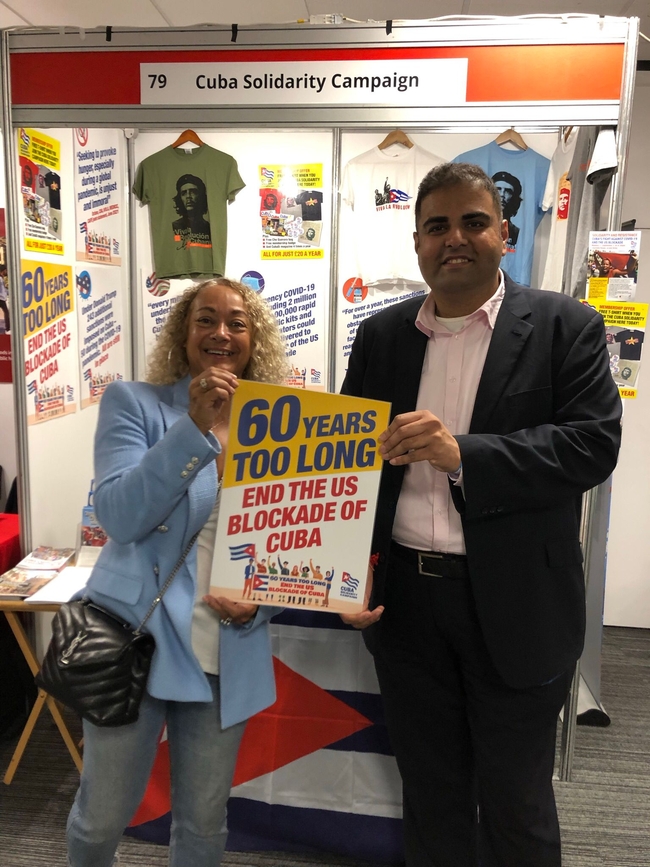 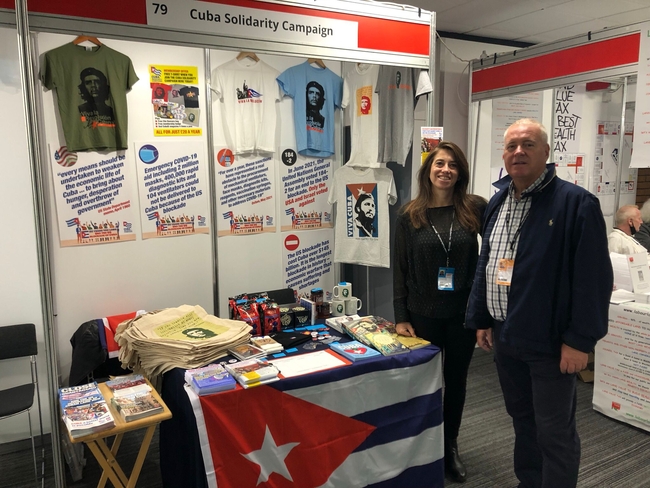 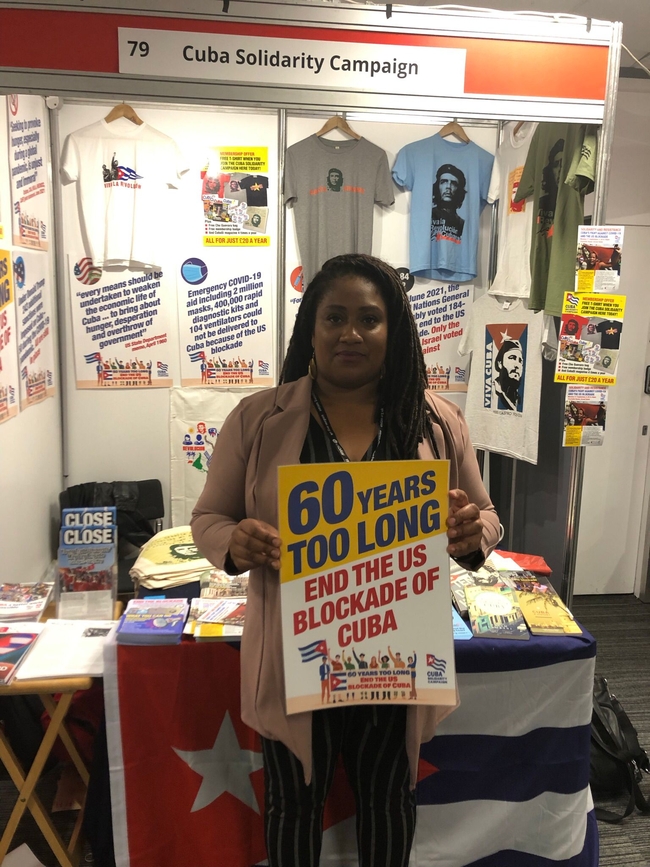 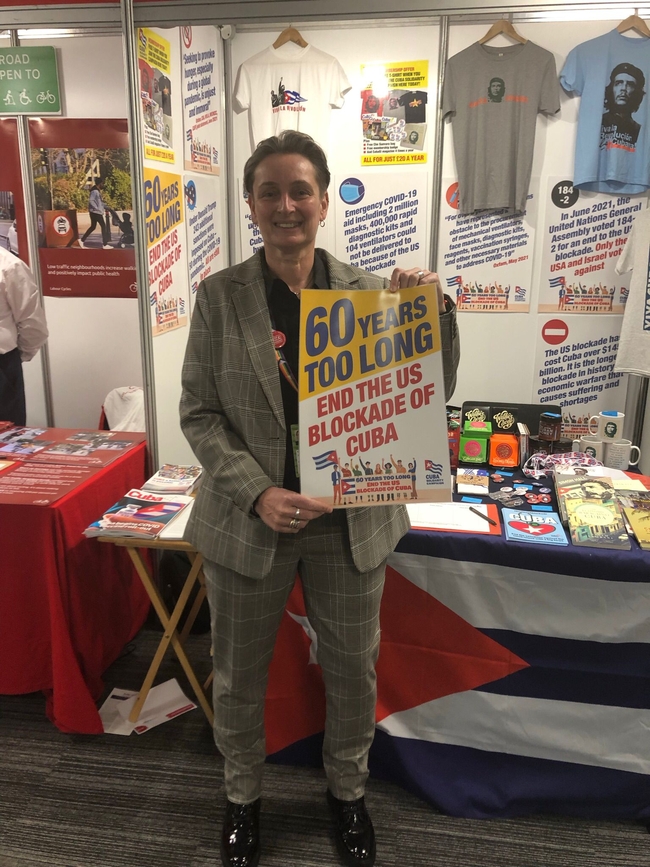