Cuba sends message of solidarity with Palestine at UN 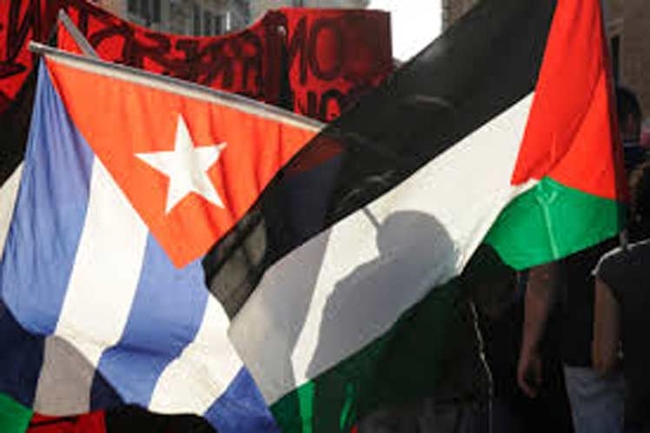 The Cuban ambassador sent UN President of the Committee on the Exercise of the inalienable Rights of the Palestinian people Cheikh Niang a letter from Cuba´s Foreign Minister Bruno Rodríguez.

The Cuban minister expressed his country’s support for a comprehensive, just and lasting solution to the Israeli-Palestinian conflict, based on the establishment of two states, which would allow that Arab people to exercise the right to self-determination and independence.

Ahead of the International Day of Solidarity with the Palestinian People, Cuba´s foreign minister pointed out, we remember the date on which the UN General Assembly approved resolution 181 (11) in 1947 on the partition of Palestine.

A year later, the world would witness the Al Nakba tragedy, as a result of which, more than three-quarters of the Palestinian territory was taken by force: to date, millions of refugees continue to live scattered throughout the world.

Rodríguez also reaffirmed his call for an end to Israel’s illegal occupation in Palestinian territories, cessation of annexation policies and for the blockade of the Gaza Strip, which worsens the situation and hinders an effective response to the Covid-19 pandemic.

The repeated US blockade to the action of the UN Security Council (UNSC) allows the impunity of Israel, prevents that UNSC from fulfilling its responsibility to guarantee international peace and security, and makes it an accomplice of Israel´s aggressive and expansionist policy, he stressed.