In memory of a great campaigner and friend Alicia Jrapko 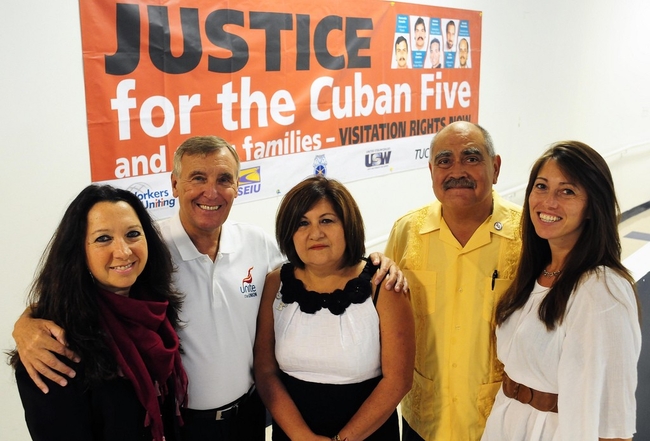 On behalf of the Cuba Solidarity Campaign in Britain we express our deep sadness at the passing of our dear friend Alicia Jrapko, who died on 11 January.

Alicia fought tirelessly for the Freedom of the Five and for the end of the US blockade of Cuba for many years. It was during this struggle that we met and campaigned together at numerous events.

Since 2008, CSC worked closely with Alicia on the campaign for Freedom for the Five. Alicia helped facilitate visits for British trade unionists to Gerardo in Victorville prison, and together with CSC and Unite the union, the International Committee for the Freedom of the Five, of which she was leader, organised campaigning for the Five at the US trade union events for the SEIU and USW in Los Angeles, Denver and Pittsburg. Alicia also came to London in 2014 to participate in the International Commission for Freedom for the Five. CSC sent delegations to participate in the Days of Action for the Five in Washington where Alicia was at the forefront of every event and activity. She led by example and her skilful approach to campaigning drew people to her side. She was inspirational.

It was a privilege to work alongside such a committed, energetic and compassionate activist. As many have commented, anyone who had the opportunity to meet Alicia was struck by her humanity and dignity. She was always thinking of the next steps to take, how to move the campaign forward and what more could be done to support her beloved Cuba. Her enthusiasm was tireless and infectious and she touched everyone that she met.

We will miss our dear friend and comrade in the struggle, and send our deepest condolences and our love to her partner Bill, and her family and friends around the world.