US makes welcome but "limited" changes to Trump Cuba policies 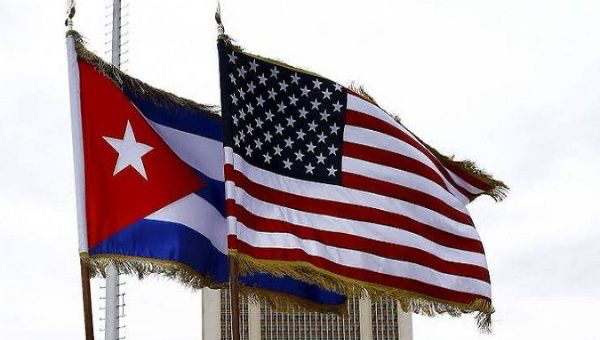 Cuba has described recent measures anounced by the US government which would revise some of the Trump era policies on Cuba as "a limited step in the right direction."

On 16 May, the Biden administration said that it would litt some restrictions on travel to the island and family remittances as well as increase processing of US visas for Cubans. US flights will be able to fly to airports outside Havana, and Cuban families will be able to be reunited under the new measures, although many of the Trump administration's extra sanctions against Cuba remain in place.

Cuban Foreign Minister Bruno Rodriguez welcomed the changes but said "This decision in no way modifies the blockade, Cuba's fraudulent inclusion in the list of countries sponsors of terrorism or most of Trump's maximum pressure coercive measures that still affect the Cuban people."

“One Limited Step in the Right Direction” Declaration of the Ministry of Foreign Affairs of the Republic of Cuba.

Today, the government of the United States announced several measures, which are positive but of a very limited scope, regarding Cuba associated to the granting of visas, regular migration, flights to Cuban provinces, remittances and adjustments to the regulations governing transactions with the non-state sector.

Taking into account the nature of such measures, it would be possible to identify some of the promises made by President Biden during the electoral campaign of 2020 to alleviate the inhumane decisions adopted by President Trump’s administration, which tightened the blockade to unprecedented levels and increased the “maximum pressure” policy applied ever since against our country.

These announcements in no way modify the blockade or the main measures of economic siege adopted by Trump, such as the lists of Cuban entities subject to additional coercive measures; nor do they eliminate travelling restrictions for US citizens.

They do not reverse either the arbitrary and fraudulent inclusion of Cuba in the State Department list of countries that allegedly sponsor terrorism, one of the main causes for the difficulties Cuba comes up against in its commercial and financial transactions in many parts of the world.

However, this is a limited step in the right direction, a response to the denunciations made by the Cuban people and government. It is also a response to the claims made by the US society and the Cubans residing in that country. This has been a demand by the Community of Latin American and Caribbean States and virtually all members of the United Nations, expressed in the overwhelming vote against the blockade. These are just demands which have been ignored by the government of the United States at a very high cost for our people.

Since 2019, the blockade has been tightened to the extreme, taking advantage, in an opportunistic way, of the context of the pandemic, the international crisis and the consequent economic depression. It would be no exaggeration to affirm that the consequences of this siege could be described as devastating. The increase in migration is an evidence of that.

In taking these steps, the State Department uses an openly hostile language, accompanied by traditional slanders and new fallacies that have become fashionable in the last few months, which show that neither the goals pursued by the US policy against Cuba nor its main instruments have changed

Understanding the true dimension of this announcement would require waiting until the implementing regulations are published.

The Government of Cuba reiterates its willingness to establish a respectful dialogue, on an equal footing, with the government of the United States, based on the UN Charter, without any interference in the internal affairs of States and with full respect for independence and sovereignty.