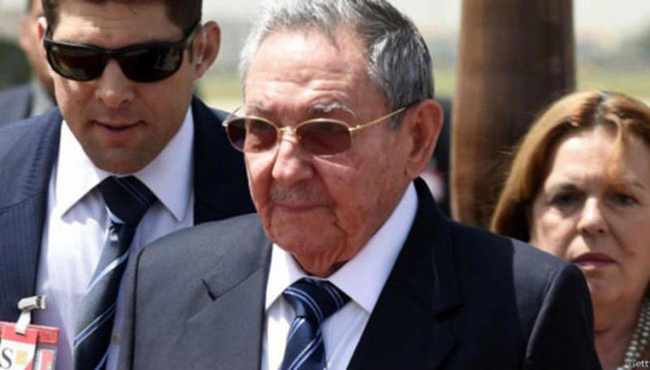 Cuban President Raul Castro has arrived in New York late Thursday ahead of his historic participation at the United Nations General Assembly, the first by a head of state of the island nation since Fidel Castro in 2000, Prensa Latina reported.

The Cuban president is expected to call on international leaders for support to end the U.S. unilateral blockade on the Caribbean nation, which has cost Cuba over US$830 billion in its more than 50 years.

Raul Castro will be present at the United Nations headquarters to listen to Pope Francis' address to the General Assembly. The pontiff also arrived in New York Thursday from Cuba.

The Cuban president will participate in the Sustainable Development Summit of the U.N. from Friday through Sunday, and on Monday he will be present a the 70th Session of the General Assembly.

The 84-year-old Cuban leader will address the General Assembly on the same the day as President Barack Obama, Prensa Latina added.

Over 150 leaders are expected to participate in the Summit of the U.N., which is celebrating its 70th anniversary this year.

Obama and Raul Castro are expected to cross paths at the U.N. and meet either Monday or Tuesday for a sidelines-meeting regarding the normalization of relations of both nations, which began last December and continued with the official re-establishment of diplomatic relations in July with the reopening of embassies in each others capitals.

Rhodes said he didn't have details regarding the length of the meeting between the two leaders, but confirmed it would take place Monday or Tuesday.

“I don’t know they will have time for an extended [bilateral meeting],” he said. “I think they will have some opportunity to speak to each other and continue this process of normalization.”

The two presidents made history in April when they met at a regional summit in Panama, about four months after announcing they would end a half-century of hostilities and pursue closer ties.

A number of obstacles stand in the way of fully normalizing relations with Cuba, including the U.S.’s 55-year-old trade blockade on the island nation and the occupation of Guantanamo Bay by United States military, which is using the base as a prison for suspected terrorists.

Barack Obama and Raul Castro spoke over the phone last week after the U.S. president acted unilaterally to chip away at the blockade by easing certain restrictions on business and travel.

According to Capitol Hill news website, U.S. officials are reportedly weighing whether to accept a U.N. resolution condemning the blockade, which would be unprecedented.