Obama: Put Your Money Where Your Mouth is on Cuba 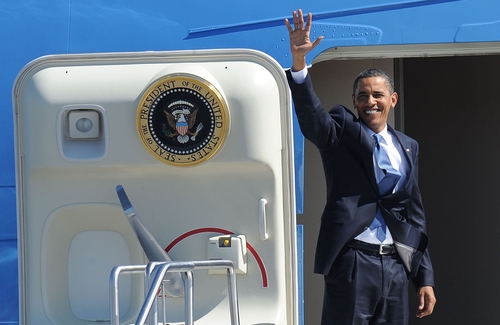 Millions of Americans believe that President Obama has normalised relations with Cuba and ended over 50 years of U.S. efforts to strangle its economy. They might have been puzzled when the United States stood up against every other nation save one, in opposing the UN General Assembly resolution which passed, 191-2, on October 27, 2015. That resolution condemned the continuing U.S. commercial, economic and financial embargo against Cuba. According to the Christian Science Monitor, “when the vote lit up on the screen many diplomats jumped to their feet in a standing ovation.” The U.S. ambassador was not among them.

The UN resolution welcomed the re-establishment of diplomatic relations and recognised “the expressed will” of Obama to work for the elimination of the embargo. But the world community clearly does not think that intentions are enough. Every year since 1992, the United States has unsuccessfully opposed these resolutions, ignoring the international consensus. In 2015, the U.S. deputy ambassador Ronald Godard said it was “unfortunate” that the text “falls short of reflecting … the spirit of engagement President Obama has championed.”

Cuba’s foreign minister, Bruno Rodriguez, called for concrete action instead. “The lifting of the blockade will be the essential element to give some meaning to the progress achieved over the past few months in the relations between both countries and shall set the pace towards normalisation,” he told the General Assembly. Rodriguez said the blockade is “a unilateral act of the United States and should be lifted unilaterally, without asking anything in return.” He was critical not only of the U.S. Congress but also of Obama’s failure to take executive action to ease the blockade.

This criticism of Obama’s actions may surprise those who simply blame Congress’s inaction for continuing the economic blockade. Just three days earlier, the National Lawyers Guild (NLG) unanimously adopted a resolution that criticised actions by the administration which seem to fly in the face of Obama’s proclaimed “spirit of engagement.”

According to U.S legal experts, most of the legislation over the last 55 years gives the administration the authority to block trade with Cuba — or not to. For example, the president could allow Cuba to sell its products to the U.S. market, but nothing has been done in that regard. Likewise, the U.S. Commerce Department’s January 2015 regulations generally only allow U.S. manufacturers to supply to private enterprises in Cuba, and only if they will then be utilised for privately owned property.

This is a crude attempt to impose privatisation on Cuba. A Commerce Department spokesperson explained that a U.S. producer seeking to supply a private enterprise in Cuba with heating and air conditioning equipment to service a Cuban hospital could not do so under the new regulations, because Cuban hospitals are publicly owned.

The new U.S. regulations are also much more liberal regarding telecommunications than for trade generally. These arbitrary restrictions undercut the administration’s suggestion that Congress must act before the economic blockade can be lifted, although all agree that a full repeal requires congressional action.

The NLG resolution also noted three areas in which federal officials appear to be sabotaging attempts to normalise relations with Cuba:

1) The Internal Revenue Service is apparently moving ahead with its plans to revoke the 501(c)3 non-profit status of the Interreligious Foundation for Community Organisation/Pastors for Peace (IFCO/PFP), based on its long history of using civil disobedience to challenge U.S. restrictions on travel to and trade with Cuba — even though the unit with responsibility to enforce these restrictions has not acted against IFCO/PFP.

2) The U.S. Treasury Department’s Office of Foreign Assets Control (OFAC) has renewed its threats and prosecutions against U.S. persons based on previous travel to Cuba, four and five years ago, and has threatened to revive holding the “trials for travel” in Washington D.C. George W. Bush had instituted those trials but abandoned them in 2006.

3) The U.S. State Department has continued its pattern of unreasonably delaying or withholding issuance of non-immigrant visas to mainstream Cubans invited to visit and speak in the United States by academic and professional organisations. For example, when the American Sociological Association invited a gay Cuban doctor, who had headed Cuba’s program of comprehensive treatment for transgender people, to speak to its August 2015 convention in Chicago, it took the offices of Sen. Tammy Baldwin, and U.S. Reps. Gwen Moore, John Conyers and Barbara Lee to pry loose his visa, which was issued only at the last minute, making him miss most of the convention. As a result of these congressional efforts, he was then also able to speak at the Milwaukee LGBT Community Center and appeared on Chicago public television. This is the same experience of many invited Cubans, most recently a leading Cuban labor lawyer invited to speak at the October NLG convention, and this has happened year after year. Both of these Cuban experts have received U.S. visas in the past and visited here without incident, although each time they have had to wait until or after the very last minute to book their flights, often missing much of the conventions they were invited to attend.

Obama hopes to go down in history as having ended the half-century of U.S. hostility toward Cuba and its revolution. We do not know what the next administration will bring. We must pressure Obama to act decisively now to realize his promise to truly normalise relations with Cuba.