New round of talks between Cuba and EU 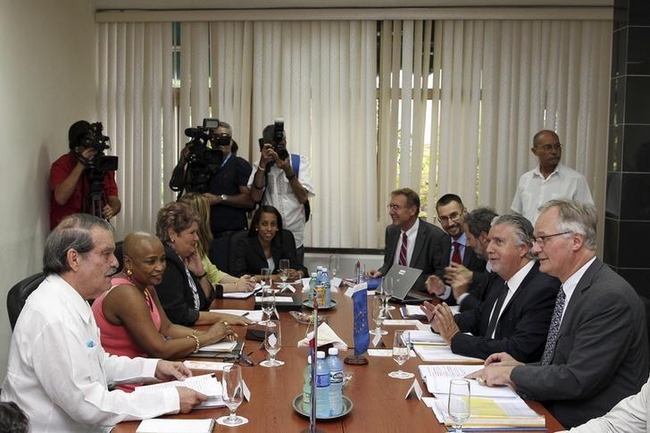 Havana.— Representatives from the EU and Cuba will meet for the sixth occasion, this time in Brussels, from December 1-2, to continue negotiations on a Political Dialogue and Cooperation Agreement, reported the Ministry of Foreign Relations (Minrex), November 27.

According to the Minrex press release, the EU and Cuban delegations will be presided by Christian Leffler, Deputy Secretary-General for Economic and Global Issues at European External Action Service; and Deputy Minister of Foreign Relations, Abe­la­rdo Moreno, respectively.

Negotiations began in April 2014, as a result of the EU Foreign Affairs Council’s decision, made on February 10 the same year, to invite Cuba to begin the process toward establishing a Political Dialogue and Cooperation Agreement, which the country accepted March 6.

During this process, which has opened a new and constructive chapter in relations between the two countries, Cuba has reiterated its wiliness to advance in negotiations with the EU, on the bases of mutual equality and respect agreed upon in 2008, when Cuba-EU political dialogue and cooperation was resumed, highlights the document.

Taking place in a constructive climate, the statement adds that the previous rounds of talks were held alternatively in Havana (first, third and fifth) and Brussels, Belgium (second and fourth).