6th Round of Negotiations between Cuba and the EU concludes 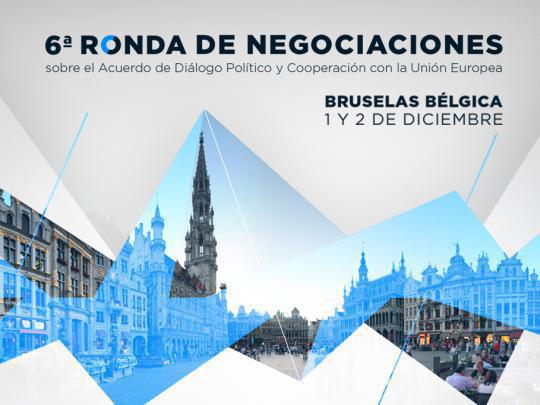 BELGIUM, December 2nd, 2015.- European Union and Cuba negotiating teams, led by Christian Leffler, Deputy Secretary-General in charge of Economic and Global Issues at the European External Action Service and Abelardo Moreno Fernández, Deputy Foreign Minister of the Republic of Cuba, met on December 1-2, 2015 in Brussels to hold the Sixth Round of Negotiations concerning the Political Dialogue and Cooperation Agreement, which has been under negotiation by the two parties since April last year.

Regarding the chapter on political dialogue, an in-depth exchange of views was held that made possible to bring numerous positions closer together.

Progress has been made in the negotiation, although a divergence of approaches still persists that will demand further work by the parties.

At the same time, exchanges on the general, institutional and final provisions of the draft agreement were initiated.

The Sixth Round took place in a constructive and professional atmosphere, on the basis agreed by both parties in 2008, referring to the unconditional, reciprocal and non-discriminatory character, full respect for the sovereign equality of States, the legal framework and the institutional order of the Parties, and the total commitment to the principle of non-interference in the internal affairs of States.

The representatives of Cuba and the European Union corroborated the positive will of both parties to further advance this process in order to conclude the negotiations as soon as possible.

The parties agreed to meet again in the early months of 2016 in Havana, in order to hold the Seventh Round of Negotiations.

(CubaMinrex/ Embassy of Cuba in Belgium)