Inside Cuba's Premier School of Boxing 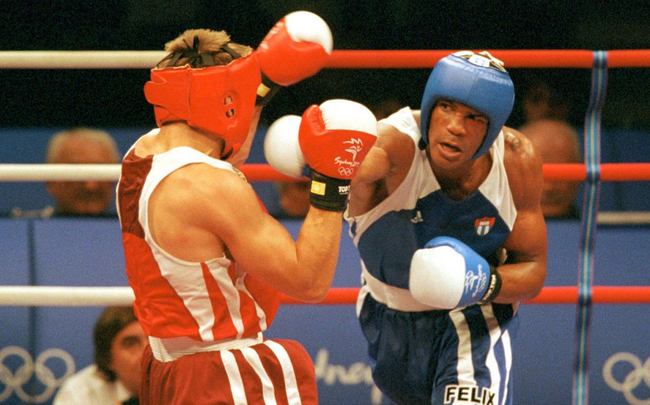 Cuba has had a huge impact on Olympic boxing, thanks in no small party to the La Finca Gym in Havana, which has trained all the country's greats, including Teofilo Stevenson and Felix Savon, and will be hoping to welcome back more Olmypic champions from Rio

Ever since Rolando Garbey won light-middleweight silver at Mexico City 1968, Cuban boxing has lit up the Olympic Games. The Caribbean nation has claimed a total of 67 medals in all, 34 of them gold, the first of those titles being won by Orlando Martinez in bantamweight at Munich 1972, and the last two by Robeisy Ramirez in flyweight and Roniel Iglesias in light welterweight at London 2012.

In the process, the Cubans have reared some of the world’s great boxers. Chief among them are the peerless Teofilo Stevenson, the 1972, 1976 and 1980 Olympic heavyweight champion, and Felix Savon, who achieved another hat-trick at the same weight between 1992 and 2000.

Those legendary names have one very important thing in common with the youngsters who will represent Cuba in Rio: they are all products of the famous La Finca gym in Havana, a legendary facility that has welcomed many teams from around the world, anxious to learn from one of the finest nurseries in the sport.

Explaining what makes La Finca so successful, Rio 2016 light-flyweight hopeful Joahnys Argilagos Perez said: “We have coaches who are world and Olympic champions. They give us a lot of advice on how they fought. They motivate us and they teach us everything they know, so that hopefully we can one day achieve the same as them.”

“It’s a great honour to be training in the gym where some great boxers have trained in the past, great Cuban boxers and Olympic champions like Teofilo Stevenson and Felix Savon, and many more,” added Perez.

Famed as much for its ability to nurture the technical skills and physical attributes of its up-and-coming boxers as for the culture it promotes, Cuba’s fabled boxing school has produced generation after generation of legendary fighters. Its success is reflected in the fact that boxing has won more Olympic medals for the country than any other sport, with athletics and judo next on the list with 40 and 35 podium finishes respectively.

One of the former champions passing on his experience to the medal contenders of the future is Juan Hernandez Sierra, who won four welterweight world titles between 1991 and 1999 and picked up Olympic silvers at Barcelona 1992 and Atlanta 1996.

“In the morning we work on fitness and technique,” explained Sierra. “In the afternoon we switch to technique and tactics. Our sport involves direct confrontation with another person. We train direct combat here in the gym, with team-mates taking each other on to give them confidence when they face different opponents. To reach the top and be a world and Olympic champion requires a lot of sacrifice and dedication from the athletes.”

La Finca’s young boxers begin their day with a long run before working on their fitness and practising their skills and footwork with punching, shadow boxing and sparring sessions.

Yosvani Vietia, who will represent Cuba in the light flyweight at Rio 2016, said: “When I train I check to see if I have a good posture and if I have my arm in the right position. We are focusing more on this as the Games approach and our training is getting more and more rigorous.”

Cuba is one of the very few countries that will be represented in all 10 men’s boxing competitions in Rio, though it will have no fighters in the three women’s divisions.

When they step into the ring at Pavilion 6 at the Riocentro, Cuba’s fighters will look to do justice to their country’s proud boxing traditions and match their illustrious predecessors by bringing home as many medals as they can.