Zero fatalities reported, but extensive damage to housing and infrastructure reported in Baracoa 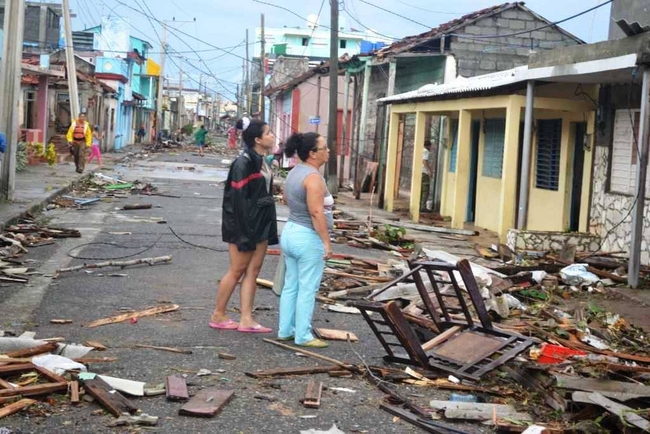 After Hurricane Matthew passed through Cuba’s eastern region, the island’s authorities began to evaluate the damage caused by the storm on October 5, with no fatalities reported at press time

After Hurricane Matthew passed through Cuba’s eastern region, the island’s authorities began to evaluate the damage caused by the storm on October 5, with no fatalities reported at press time.

In contrast to information received from neighboring Haiti and the Dominican Republic, where at least nine and four people, respectively, have been confirmed dead, the latest reports from Baracoa, one of the areas on the island most severely affected by the storm, indicate that no one was injured or is missing.

Although the area remained practically cut-off and without power, through the night of October 4, correspondents in the zone were able to establish telephone communication with the national television station, confirming at that time that no lives had been lost.

Nonetheless, reports from the city, the first to be founded on the island, indicated that the onslaught of Matthew – category four on the Saffir-Simpson Scale at the time – had caused extensive damage to local dwellings and infrastructure.

Along with electricity pylons, the hurricane destroyed the roofs of several hotels, stores, and the Primada Visión broadcast centre. Meanwhile, floods, and waves measuring over five meters caused severe damage to the city’s waterfront, according to journalists.

Reporters also noted that various areas in the zone were cut-off, without land access, while landslides, fallen branches, and trees obstructed roads across the region.

According to correspondents, almost 36,000 people were evacuated, 26,500 of whom stayed in the homes of relations.

Initial reports indicated that winds caused by the hurricane began to subside in the island’s eastern region on the afternoon of October 5. Rain, meanwhile, continued to fall in the area, with over 200 millimeters recorded in certain areas, in addition to strong storm surges along the northern coast.