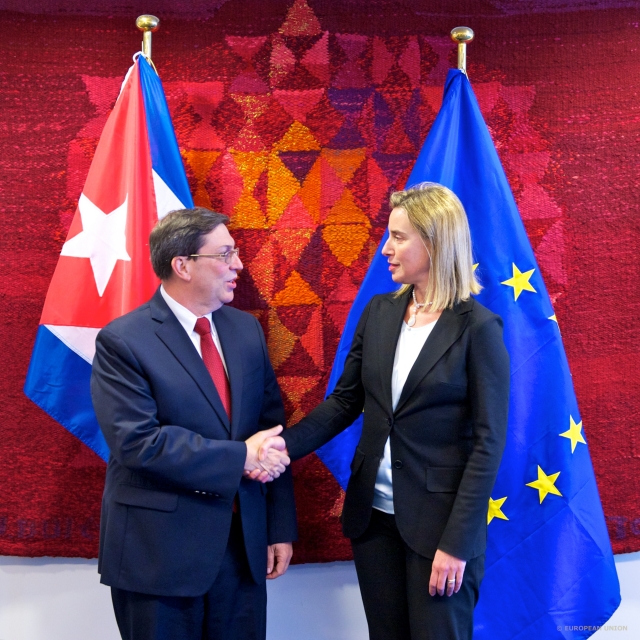 On 6 December 2016, the Council decided to sign a Political Dialogue and Cooperation Agreement between the EU and Cuba. The Council also decided to provisionally apply parts of the agreement. The agreement will be transmitted to the European Parliament for its consent, in view of its conclusion. It will be signed on 12 December 2016 at 9.30 by the EU High Representative for Foreign Affairs and Security Policy Federica Mogherini, EU foreign ministers, and Cuban Foreign Minister Bruno Rodriguez Parrilla.

The EU High Representative for Foreign Affairs and Security Policy Federica Mogherini said: "We are truly at a turning point in the relations between the EU and Cuba. Together, we are moving towards a closer and more constructive partnership, one that reflects strong historic, economic and cultural ties that unite Europe and Cuba. Through the new agreement, the EU is ready to support Cuba's process of economic and social modernisation, and I am looking forward to further advancing our bilateral relations."

The agreement aims to support the transition process of the Cuban economy and society. It promotes dialogue and cooperation to encourage sustainable development, democracy and human rights, and find shared solutions to global challenges.

Negotiating directives were adopted by the Foreign Affairs Council of 10 February 2014. The negotiations started in April 2014 and were completed after seven rounds in March 2016. On 11 March 2016, the High Representative visited Cuba for the seventh formal EU-Cuba political dialogue meeting, during which the agreement was formally initialled.

The agreement will be signed and concluded as a "mixed" agreement. This means that on the EU side, it must be signed by both the EU and the member states, and ratified by all relevant national and regional parliaments. The agreement will be applied on a provisional basis, pending ratification by all of the member states. Provisional application will concern the provisions of EU competence.

The Council also repealed the EU 1996 Common Position on Cuba. The main objective of EU's 1996 common position on Cuba was to encourage transition to pluralist democracy and respect for human rights and fundamental freedoms, as well as a sustainable recovery and improvement in the living standards of the Cuban people.