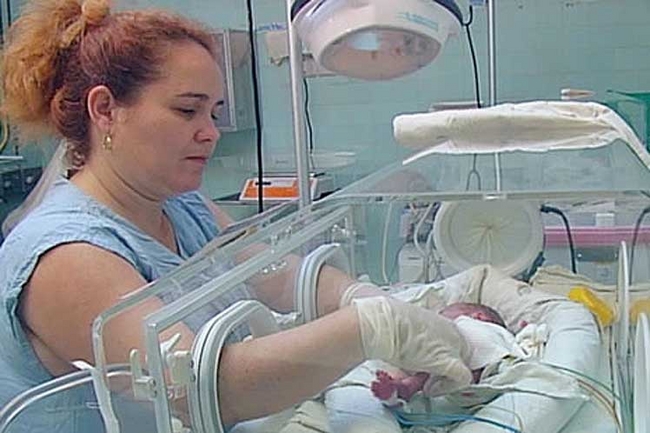 In 2016, of 116,869 live births, there were 497 deaths in children under a year old, 38 less than in 2015. The figures translate into a mortality rate of 4.3 deaths per thousand live births, according to data provided to the Granma newspaper by officials of the Public Health Ministry (Minsap).

Cuba ranks among the top 20 in the world and along with Canada heads the Americas region, the paper noted.

Dr. Roberto Álvarez, head of the Minsap Maternal and Child Health Department, reported that perinatal conditions are the main cause of death, mainly preterm births.

He also mentioned community-acquired infections and congenital malformations as the second and third causes of death.

Similarly, the specialist underlined that the under-five mortality rate, considered the main indicator of progress in child welfare, has remained below six for the fifth consecutive year.

According to the expert, in 2016, the pre-school mortality rate also fell. In the case of school age mortality, the rate was 2.2 per 10,000 children.