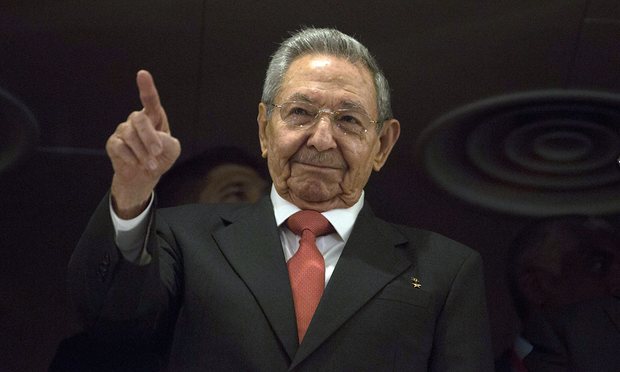 Raúl Castro has said Cuba hopes to continue to normalise relations with the United States but made it clear that the Trump administration should not expect concessions affecting the country’s sovereignty.

Before taking office, Donald Trump threatened to torpedo the still fragile detente between the former cold war foes unless a “better deal” could be struck, without providing details. His aides have said current policy is under review.

“Cuba and the United States can cooperate and live side by side in a civilized manner, respecting our differences and promoting all that is of benefit for both countries and people,” Castro said in his government’s first remarks since Trump became president on Friday.

“But it should not hope that to achieve this Cuba will make concessions inherent to its independence and sovereignty,” he said, in a speech to a summit of Latin American and Caribbean leaders in the Dominican Republic broadcast live on Cuban television.

Seeking to reverse more than 50 years of US efforts to force communist-run Cuba to change by isolating it, Obama agreed with Castro in December 2014 to work to normalise relations. Since then the two countries have restored diplomatic ties and signed cooperation agreements.

Obama, a Democrat, used executive orders to circumvent the longstanding US trade embargo on Cuba and ease some restrictions on travel and business. The embargo can only be lifted by the US Congress, which is controlled by Republicans.

The normalisation process has included the signing of 22 agreements between the two former cold war foes and the use of executive orders to punch holes in the embargo.

The agreements include cooperation on environmental and security issues, immigration and the postal service.

Travel to the Caribbean island from the United States has increased, with the start of direct flights and cruises and roaming agreements signed, but no manufacturing or significant trade deals have been inked.

Castro said he hoped the Trump administration would respect the region but called “worrisome” its declared intentions to put at risk “our interests in the areas of trade, employment, migration and the environment”, apparently referring to Mexico.