US Tightens Sanctions on Cuba With New Provisions 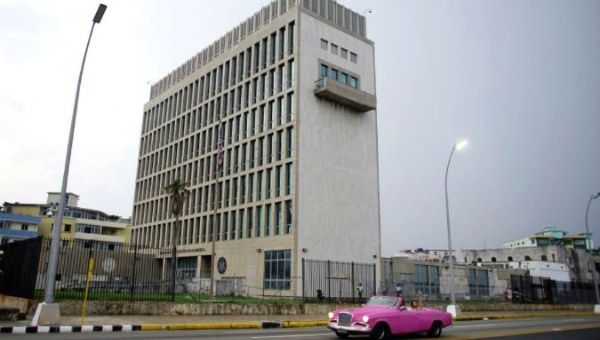 Scheduled to take effect on Thursday, the changes will prevent U.S. trade with and travel to the Caribbean island.

Cuba has been hit with new U.S.-imposed restrictions, which have, in effect, tightened the sanctions on the largest island in the Caribbean.

Scheduled to take effect on Thursday, the changes will prevent U.S. trade with and travel to the Caribbean island. In a prepared statement, the U.S. Treasury Department said it will "expand the list of Cuban government officials barred from transactions as well as set policy to deny exports to prohibited Cuban entities.”

Commercial transactions and most travel arrangements made prior to the changes will be permitted by the United States, according to Reuters.

The move comes a little over a week after U.S. Ambassador to the U.N. Nikki Haley criticised member states and their representatives for condemning the U.S. economic blockade and calling the annual U.N. General Assembly vote against the measure "political theatre."

She ended her speech by directing her comments directly to the Cuban people, saying that her government, though standing alone in its promulgation of the 55-year-old blockade, will express solidarity with all Cubans by voting in favour of maintaining it.

Cuba's Foreign Minister Bruno Rodriguez responded to Haley's comments by saying that the United States has no moral ground to stand on in its condemnation of Cuba due to its “flagrant violation of human rights,” citing the arrest and deportation of minors and undocumented immigrants; the killing of African-Americans by U.S. police; the lack of guarantees for education and healthcare and restrictions on union organisation; and the refusal of U.S. companies to sell life-saving medical supplies to healthcare services on the Caribbean island.