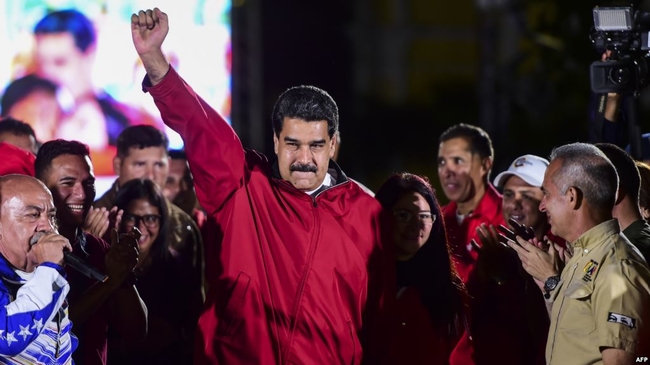 CARACAS.– As soon as the final results of this Sunday’s elections in Venezuela were announced, with President Nicolás Maduro’s winning more than six million votes, leaders around the world applauded this new victory for Chavista forces.

From Havana, Army General Raúl Castro Ruz, first secretary of the Communist Party of Cuba, emphasized the courage of the Venezuelan people in a message that was shared by Venezuelan Foreign Minister Jorge Arreaza.

“With revolutionary pride, I send you, in the name of the Communist Party of Cuba and my own, the warmest congratulations for your transcendental electoral victory,” the message read.

Miguel Díaz-Canel Bermúdez, President of the Councils of State and Ministers, in his message of congratulations, noted the continuity of the Bolivarian Revolution initiated by Comandante Hugo Chávez, and reiterated Cuba’s solidarity with Venezuela.

“The Bolivarian, Chavista people have shown once again their determination to defend the legacy of Chávez, which you so honorably represent,” he wrote to the reelected Venezuelan President.

For his part, Bolivian President Evo Morales described the election results in Venezuela as a victory over U.S. interventionism.

“The sovereign Venezuelan people have again triumphed in the face of the U.S. empire’s coup-plotting and interventionism. Free peoples will never be brought to our knees. Congratulations to our brother Nicolás Maduro and the courageous people of Venezuela,” he wrote on his Twitter account.

RT reports that Russian President Vladimir Putin wished his Venezuelan counterpart good health and success in resolving the nation’s socio-economic problems, and in promoting national dialogue in the interest of the country’s entire people.