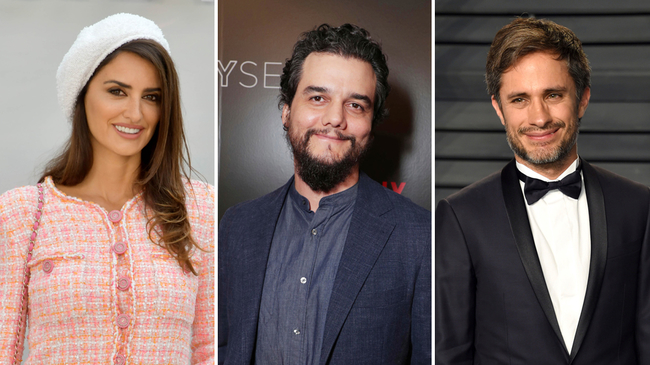 The deals were announced on Wednesday on the eve of the Toronto Film Festival. IMR International will continue sales to foreign buyers at the fest, with CAA Media Finance handling the U.S. rights.

Olivier Assayas (“Personal Shopper”) is directing from his own script, based on Fernando Morais’ book “The Last Soldiers of the Cold War: The Story of the Cuban Five.” RT Features’ Rodrigo Teixeira is producing alongside CG Cinema’s Charles Gillibert. RT’s Lourenço Sant’ Anna and Sophie Mas are executive producing.

The Wasp Network was set up by the Cuban government in the 1980s and ’90s to infiltrate anti-Castro organizations in the United States. The book tells the story of 14 of the Cuban spies, and their eventual unmasking and prosecution by U.S. authorities. Five of the Cubans received prison terms on charges of espionage and murder.

Cruz recently starred as Donatella Versace in “The Assassination of Gianni Versace: American Crime Story,” for which she received an Emmy nomination for outstanding supporting actress in a limited series or movie.

Moura is best known for his portrayal of Pablo Escobar in the hit Netflix series “Narcos,” for which he received a Golden Globe nom. He recently wrapped his directorial debut, “Marighella,” in which he also stars, and is currently in production on “Sergio,” a Netflix original feature he toplines and produces.

Garcia Bernal recently finished his last season as composer Rodrigo on the Amazon series “Mozart in the Jungle,” a role for which he won a Golden Globe for in 2016.

RT Features produced “Call Me by Your Name” and just wrapped production on “The Lighthouse,” starring Robert Pattinson and Willem Dafoe. The company is also in post-production on James Gray’s “Ad Astra,” starring Brad Pitt.

Cruz is represented by CAA and Untitled Entertainment; Moura is repped by UTA, Brent Travers, and Greg Slewett of Bloom Hergott; and Garcia Bernal is repped by WME.