Reason and justice cannot be blockaded 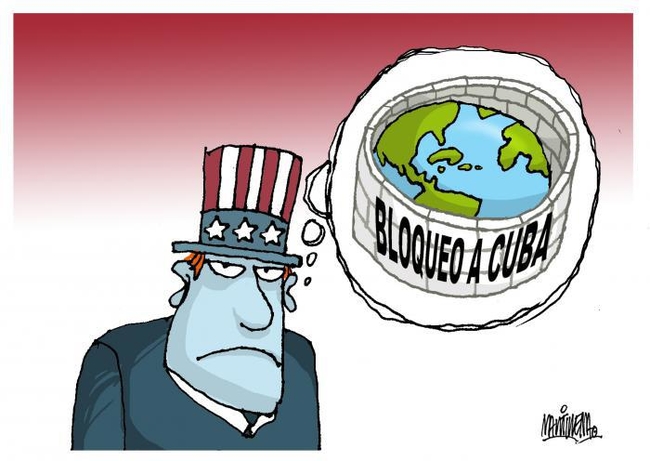 The world has condemned and calls for an end to the United States blockade of Cuba. It is an elementary right of the island to be able to decide its future without foreign interference

When it comes to the economic, commercial and financial blockade imposed on Cuba for so many years, it would seem that everything has already been said, although reality proves the contrary. As the blockade is tightened, its damages to the island intensify, some more visible than others. This unilateral policy, the product of senseless injustice, is the work of those who use such measures as their means of doing politics.

Beyond constantly imposing conditions on Cuba and its people, violating international law and trade norms, flouting basic principles of the United Nations and the will of millions around the world, the blockade posses huge barriers to the comprehensive development of Cubans and the broad utilization of the potential of this people.

The world has condemned and calls for an end to the United States blockade of Cuba. It is an elementary right of the island to be able to decide its future without any foreign interference, without constantly suffering from the incoherence and blunders of a policy that prevents us from paying for our imports as any another country, which hinders our participation in the international financial, economic and commercial system, affecting even U.S. citizens and business sectors, restricted from developing a respectful and convenient relationship with Cuban authorities and society.

Cuba maintains its just demand for an end to the policy, and thanks the international community for its continued support in all possible international forums, including the UN General Assembly, safe in the knowledge that as long as this arbitrary, illegal and unfair policy remains in place, we will be accompanied by reason and solid principles.

On October 31, 2018, the Cuban government will again denounce the tightening of the blockade in the UN General Assembly. Because this hackneyedpolicy, that the U.S. today seeks to impose – through other means – against sister peoples around the world, represents the longest economic war in history, and deeply touches Cuban families of all generations. It is in our essence, our roots, to defend justice and the truth accompanies us in this struggle.

STEPS IN THE TIGHTENING OF THE BLOCKADE ON CUBA

- Donald Trump issued a National Security Presidential Memorandum (NSPM) on Strengthening the Policy of the United States Toward Cuba, representing a serious setback in bilateral relations.

- The U.S. Treasury, State and Commerce Departments issued regulations that impose additional obstacles to the limited opportunities of the U.S. business sector in Cuba and further restrict the right of U.S. citizens to travel to the island.

- New sanctions against Cuba have resulted in a significant decrease in visitors from the U.S., and further obstacles to the economic and commercial relations of Cuban companies with potential U.S. and third-country partners, affecting the state and non-state sectors.