Fighting for the right to health 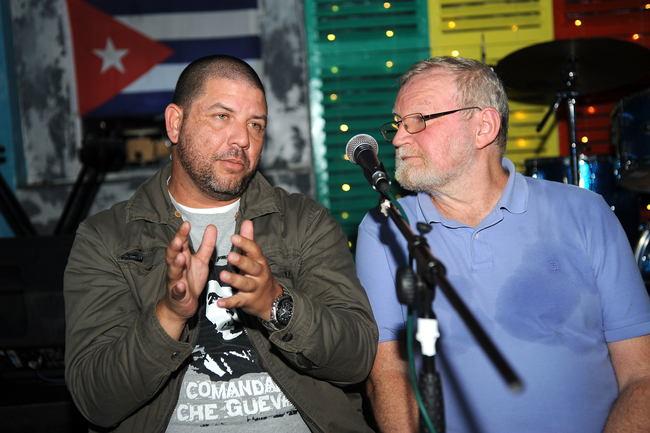 In the last decade Dr Vigil has worked in Africa (fighting Ebola), Ecuador, Haiti, Peru and Western Sahara during humanitarian disasters as a member of Cuba’s ‘Henry Reeve International Team of Medical Specialists in Disasters & Epidemics’ or Henry Reeve Brigade. Shortly after graduating he also worked for four years in Venezuela as part of the ‘Barrio Adentro’ (Inside the Neighbourhood) medical missions.

He brought his experiences of these postings to public meetings organised by CSC in London, and by local groups in Birmingham, Manchester, Leicester, Brighton, and Norwich. Trade unionists and guests at the RMT Garden Party for Cuba, UNISON National Delegates Conference and Unite Rules Conference, and ‘Medact’ health professionals, all had the opportunity to hear from him.

The Cuban medic inspired audiences wherever he went with stories of the sacrifice and commitment of Cuban medical brigades and emergency volunteers. There are currently more than 30,000 Cuban doctors working in 67 countries in bilateral missions around the world. As well as these more permanent postings the Henry Reeve Brigade is a special unit which responds to medical emergencies and disasters around the world. 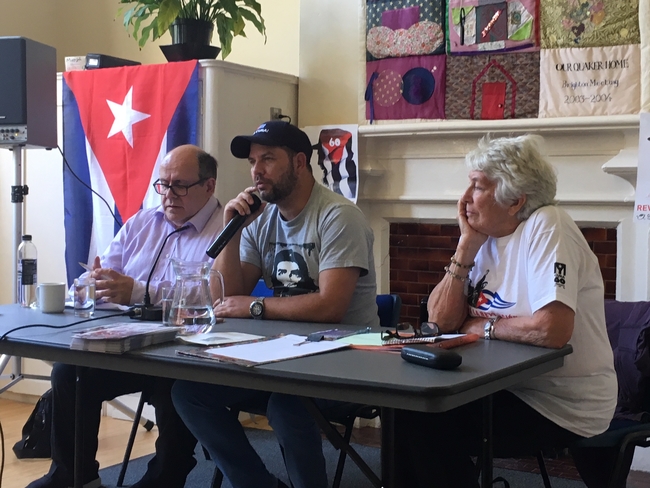 His most moving testimony was of his experiences working as a volunteer in Sierra Leone to fight the Ebola epidemic. He was part of a 256-strong Cuban medical team, split into three brigades which remained in the region for six months, while many of the other doctors and nurses from other countries stayed between five and seven weeks.

“It was the cruelest and most difficult six months of my life… there were so many people dying all around us, whole families, and children literally dying in your arms. And when you know that it’s a disease without a cure – it’s very difficult,” he explained.

“Despite the huge challenges faced by the US blockade, our people have expanded solidarity everywhere,” Dr Vigil explained at the packed UNISON conference fringe meeting.

Outlining the work of the Henry Reeve Brigade he told meetings how they arrived in countries with “our own food, tents, and medicines – everything we need for the medical missions, so as not to be a burden on countries which are already struggling with health emergencies. Our health work is always totally free of charge for patients wherever we go.”

Dr Vigil also took part in a BBC World radio interview, much of which focussed on his time in Venezuela and the accusations made by the US government that the Cuban medics volunteering there were either slaves or soldiers, who only treated those who supported the Venezuelan government.

“We were Cuban doctors with a desire to help and the Venezuelan people opened their doors to us, both those who were in favour of the Chávez government and those who were against it. There was no distinction there. I never turned anyone away,” he told the BBC.

“I’ll tell you something: in my second year of my mission in Venezuela, they tried to buy me with a bag of money.

“They arrived one day and said: here is a briefcase of money. It was a lot of money. All I had to do was turn in my passport and defect from the mission to create instability.

“At that moment a thousand things pass through your head, but the first is your dignity. Where is it if you accept that money?

“The objective is to discredit the mission at an international level and take away the brains, like the US government has always done. It used to run its famous Medical Parole Programme (the programme that offered Cuban international medical volunteers US passports and settlement packages if they deserted their missions), and now they want to reactivate that again.”

Dr Vigil says he knows several doctors who left their overseas missions who are now desperate to return (to Cuba) and can’t do so yet. He also knows others who are in the US, Spain or Chile and are successful there.

He forcefully rejected the accusations made by the US government and Brazilian president Jair Bolsonaro –repeated in the BBC interview – that Cuban medical volunteers were slaves. “Brother, we doctors are slaves only and exclusively, to our patients,” he told the BBC interviewer.

Nobody is forced to volunteer. “Every kind of internationalist mission in Cuba is voluntary. And if you say no, then nothing happens,” he said.

“One thing I can tell you, because our government said it publicly: those who want to return can do so at any time.”

Every volunteer receives a contract before they go, clearly specifying how much they will get paid.

“Every volunteer knows that they receive one part and the other part goes to our National Health Service, to the government. Not into a pocket to enrich someone personally. And it’s a way to be self-sustaining.”

He laughs when he recalls US National Security Advisor John Bolton’s claim that instead of the medical mission, there were more than 20,000 soldiers in Venezuela.

“Sorry to laugh but that is the most absurd thing in the world. I lived in Venezuela for four years, in different places. Nowhere did I meet any of our doctors who was a soldier. It’s purely a health mission.”

During the tour there were also several professional meetings and visits. A special thanks to UNISON North West, West Midlands, Greater London Region and Unite the Union for organising exchanges with GPs and tours of hospitals and community health projects. These were of great interest to Dr Vigil and provided opportunities for knowledge sharing between health professionals.

Karen Lee MP, chair of the All Party Parliamentary Group on Cuba, hosted a parliamentary meeting for Dr Vigil Fonseca.

Before her election as parliamentary representative for Lincoln, Lee worked in the health service, and told the meeting: “As a nurse, everything you need for your work is there. I have so much respect for your work in these countries where the conditions are so much more challenging.” 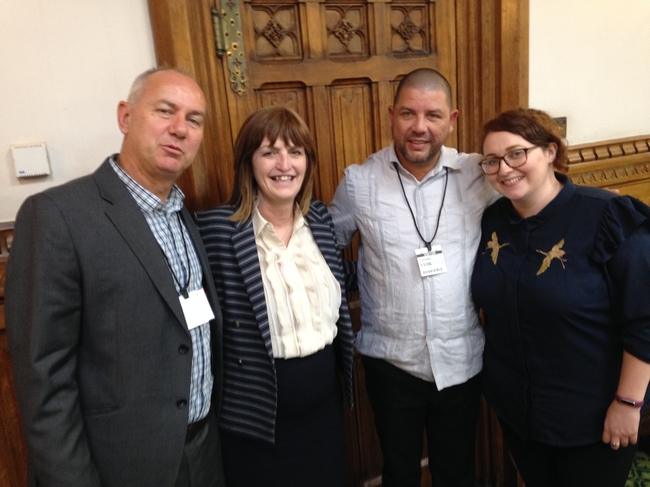 Ian Mearns MP congratulated Cuba, as, despite the economic problems that the US has imposed on the island, “it has a higher life expectancy than my constituency in the North East,” he said.

Medical student and Labour Party NEC Youth Representative Lara McNeil attended the meeting and asked his opinion on how to respond to the privatisation of the NHS. “You need to defend at all costs the social gains that you have,” Dr Vigil replied.