Capital of Biggest US State Seeks Medical Exchange with Cuba 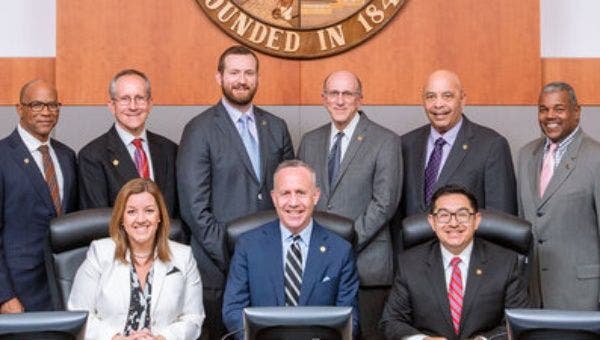 The Mayor and City Council of Sacramento, California passed a resolution Tuesday night urging the U.S. President and Congress to lift restrictions on access to Cuban medical expertise.

The capital city of the most populous state in the United States—Sacramento, California—unanimously approved a resolution Tuesday evening calling for increased cooperation and exchange between the people of the United States and Cuba.

The northern Californian city of more than half a million people joins over a dozen U.S. cities—including Oakland, California; Cambridge, Massachusetts; Cleveland, Ohio and others—in urging state and national leadership to lift restrictons on access to Cuban medical expertise and imports of Cuban biotechnological products, among other demands.

The resolution recognizes not only that the United States, particularly Black and Latinx communities, is suffering from the COVID-19 pandemic, but that Cuba "has a long history of providing international medical aid with its medical personnel directly involved in the fight against COVID-19" through its Henry Reeve International Medical Brigade against Disasters and Serious Epidemics.

Citing Cuba's proven track record in its fight against the Ebola epidemic in West Africa, as well as its assistance in many worldwide epidemics including dengue fever, HIV, swine flu and hepatitis, the resolution notes that Cuba's medical system has been recognized by the World Health Organization (WHO) in 2005 as a worldwide leader in biotechnology, having made "significant contributions to the international medical field."

Despite Cuba's medical achievments, the resolution states that "the U.S. blockade of Cuba has severely restricted collaboration on scientific and medical research" and that the people of Sacramento "would benefit from Cuban biotechnological, medical and public health expertise in combating the COVID-19 pandemic."

In concluding, the Mayor and City Council of Sacramento urge the United States' legislative and executive branches to "lift restrictions on access to Cuban medical expertise to more effectively combat the COVID-19 pandemic by suspending travel sanctions against Cuba; cease ongoing measures deterring Cuba from importing medical equipment and medicines; and cease attempts to prevent other countries from accepting Cuban medical brigades and assistance."

With Tuesday's resolution, Sacramento becomes the seventh U.S. city to adopt a resolution specifically calling for U.S.-Cuba medical and scientific collaboration in 2020 alone. The California cities of Richmond, Berkeley, San Francisco and Oakland—along with Cleveland, Ohio and Cambridge, Massachusetts—have all passed similar resolutions this year.

Recently, the Cuban monoclonal antibody Itolizumab, developed by the Center for Molecular Immunology (CIM) in collaboration with the Indian company Bicon, received Food and Drug Administration (FDA) authorization to start phase III clinical trials in patients with COVID-19 in the United States, Mexico and Brazil.

U.S. support for medical, scientific and clinical collboration and exchange with Cuba has been growing, as over 200 university professors in the United States released a statement yesterday calling on the Nobel Prize Committee to award the 2021 Nobel Peace Prize to Cuba's Henry Reeve International Medical Brigade, which has to date sent more than 3,700 Cuban nurses and doctors organized in more than 50 medical teams to 39 countries throughout the world to treat people with COVID-19 and prevent further contagion.