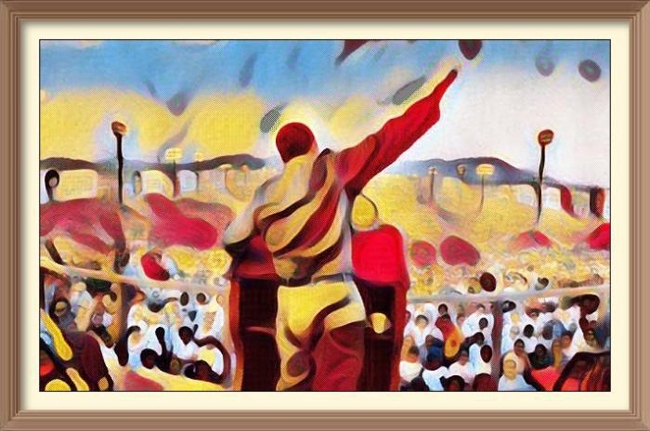 Excerpts from speech delivered by Comandante en jefe Fidel Castro Ruz, March 5, 1960, during the funeral ceremony for victims killed in the explosion of the La Coubre ship in Havana Bay, a terrorist act committed by the United States.

"And it is best to say so without boasting, as those who are truly determined to do what is promised.

"May those who, lacking the most elementary common sense, dare to consider as possible any kind of invasion of our soil, understand the monstrosity of their mistake, because we could save ourselves many sacrifices. But, should this happen, unfortunately, above all given the misfortune of those who might attack us, let there be no doubt that here, in this land called Cuba, here in the midst of this people called Cuban, they will be obliged to fight us as long as we have a drop of blood left, they will be obliged to fight t us as long as we have an atom of life left.

"And unintimidated by the threats, unintimidated by the maneuvers, remembering that one day we were only 12 men and that, comparing our strength with the strength of the dictatorship, our strength was so minute and so insignificant that no one would have believed it possible to resist; but, we believed that we could resist then, as we believe today that we resist any aggression. And not only that we will be able to resist any aggression, but that we will be able to defeat any aggression, and that once again we have no other choice than the one with which we began the revolutionary struggle: that of freedom or death. Only now freedom means more: freedom means homeland. And our dilemma is homeland or death".