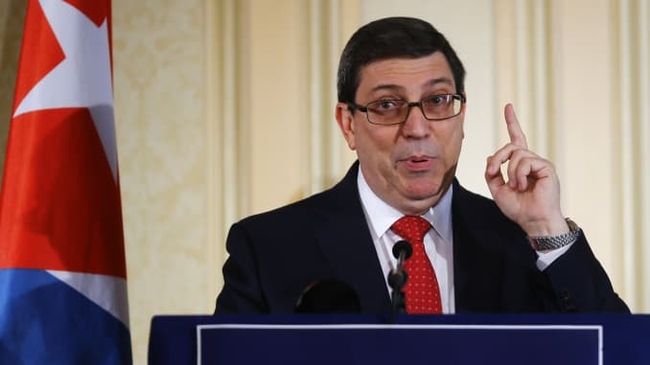 Declaration by the Ministry of Foreign Affairs

On July 1, 2021, US Secretary of State Antony Blinken submitted his department’s ‘2020 Trafficking in Persons Report’, a document which, in common with others of the kind published by the Department, entirely lacks international or moral authority; it is a vehicle purely for false accusations and political blackmail.

It propagates yet another lie, by accusing Cuba of inadequate compliance with the minimum standards for eliminating trafficking in persons and of failing to make significant efforts in this respect. This accusation forms part of a campaign by Washington to discredit Cuba’s international cooperation efforts in the sphere of healthcare, for which Cuba has received recognition by dozens of governments and the gratitude of the populations which have benefited from it - almost entirely the humblest and most disadvantaged of the countries concerned; it has also evoked plaudits from the UN, the WHO and other international bodies.

The Ministry of Foreign Affairs rejects in the strongest possible terms this defamatory campaign by the US government, instigated in concert with America’s most reactionary and corrupt sectors, including extremist groups of Cuban origin represented in Congress by the likes of Senators Marco Rubio and Robert Menéndez.

Cuba has a policy of zero tolerance of trafficking in persons in any form and an impeccable record of prevention, combating and victim protection in this field, as recorded at the UN and with other international organizations.

Access to medical attention is a human right. Washington is committing a crime when it seeks to prevent people from receiving such services under bilateral agreements entered into freely and as a sovereign act between Cuba and dozens of governments, to benefit from the professional, dedicated, selfless work in a spirit of solidarity by hundreds of thousands of Cuban medical co-workers.

By repeating the immoral prevarications of the Trump administration, the present US foreign policy casts doubt on the seriousness of America’s commitment to combating the terrible scourge of people trafficking, while trivializing the international efforts underway in this respect.

America itself is among the countries with the worst problems of person trafficking. Its policies aimed at stifling the Cuban economy and its failure to honor bilateral migration accords play into the hands of organizations linked to international crime, smuggling of emigrants and trafficking in persons.