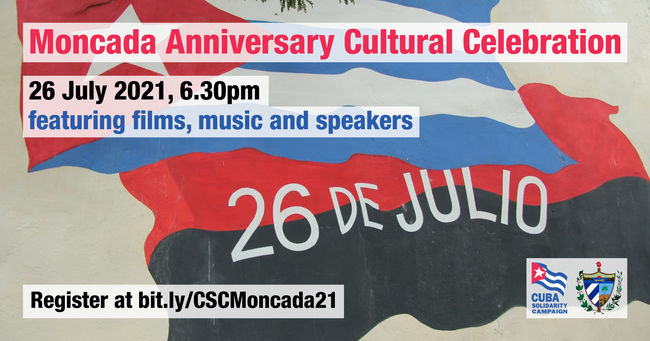 Marking the 68th anniversary of the Moncada attack with films, music and speakers

A joint cultural celebration to mark the 68th anniversary of the attack on the Moncada Barracks, the event which gave birth to the 26th July Movement and the beginning of the armed struggle against the Batista dictatorship. We join the Cuban Embassy and Cuban musicians in the UK to mark the date with live music, films and speakers.

A bilingual event in Spanish and English hosted by the Cuban Embassy and the Cuba Solidarity Campaign.

Miriam Palacios-Callender, Cubans in the UK

In the presence of Bárbara Montalvo Álvarez, Cuban Ambassador to UK