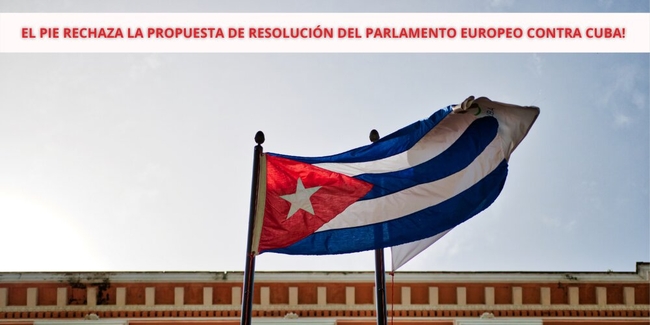 This motion for a resolution violates the Political Dialogue and Cooperation Agreement between Cuba and the European Union, which is based on the principles of international law and the United Nations Charter approved by both parties, and ignores the support of the broad majority of the Cuban people and the practically unanimous international support for its government.

The EU and the European Parliament should urge the US to end the embargo so that the Cuban people can live in peace once and for all, and can establish relations with all countries based on dialogue and solidarity and not on imposition, violating the human rights and sovereignty of an entire people.