New US government measures do not end blockade 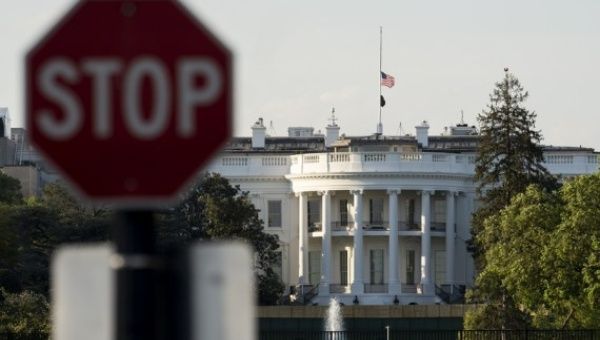 The Cuban Foreign Ministry said the U.S. government's move regarding the new measures on Cuba "is a limited step in the right direction."

The U.S. government on May 16 announced new measures on Cuba concerning the granting of visas, regular migration, flights to Cuban provinces, remittances and adjustments to regulations governing transactions with the non-state sector, Cuba's Foreign Ministry said in a statement.

Foreign Minister Bruno Rodriguez said via Twitter that "the decision does not modify the blockade, nor the fraudulent inclusion of Cuba on the list of countries sponsoring terrorism, nor most of Trump's coercive measures of maximum pressure that continue to harm the Cuban people."

According to the Cuban Foreign Ministry, the measures, while positive, are very limited in scope, as they do nothing about the embargo imposed on the island for more than half a century or the main economic siege measures introduced by Trump, including the lists of Cuban entities to which additional coercive measures apply, nor do they remove travel restrictions for U.S. citizens, the ministry said.

The new measures also fail to undo Cuba's arbitrary and deceitful listing of Cuba as a sponsor of terrorism by the U.S. State Department, the Cuban Foreign Ministry said, noting that this is one of the leading causes of Cuba's difficulties in its commercial and financial transactions in many parts of the world.

The government of U.S. President Joe Biden announced this Monday that it will restore commercial flights to Cuba, which now only reached Havana. It will suspend the limit of US$1,000 per quarter on remittances, reversing some of Trump's measures.

Regarding the recent U.S. announcement, the Foreign Minister also said that in order to know its actual scope, "it will be necessary to wait for the publication of the regulations that will determine its application."

In this matter, the Cuban Ministry of Foreign Affairs reiterated that the Caribbean island is open to dialogue with the U.S. government on the basis of mutual respect and equality of conditions, but also in accordance with the UN Charter, with no interference in the internal affairs of States and showing total respect for sovereignty.